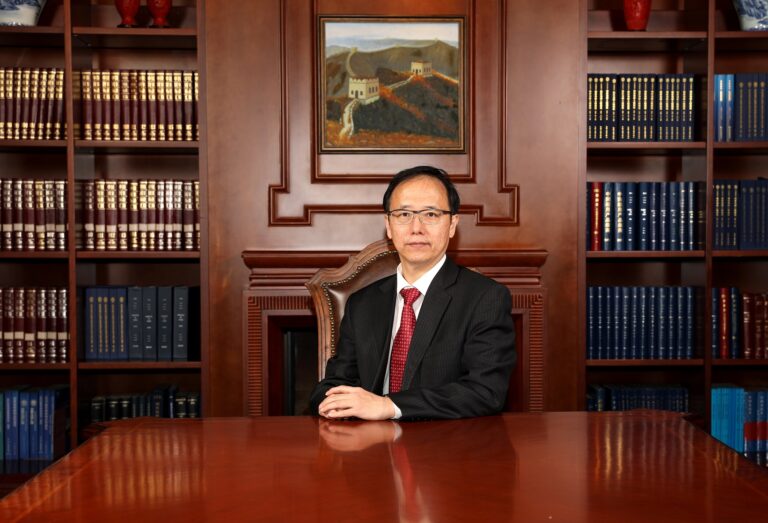 Shipping faces a seemingly impossible task: to decarbonise a global industry that supports all aspects of life and work in every part of the world. And because of its interconnected and integrated networks, its international actions inevitably interact with regional and local initiatives, giving it a visible presence that attracts attention from far beyond our own regulators and stakeholders.

Tackling this challenge requires an equally broad approach. At a macro level, IMO is creating mandatory technical standards; at a micro level, individual companies are setting their own decarbonisation goals. In the middle are service sectors – such as finance, chartering and insurance – that are establishing business principles intended to encourage environmental operating practices.

These are all welcome incentives, but they have created a maze of pathways towards decarbonisation. Here in China, for example, President Xi Jinping announced a goal in 2020 for the nation to reach carbon-neutrality by 2060, with carbon emissions peaking before 2030. Our national shipping sector – including CCS – must take this into account alongside any international targets.

In fact, CCS had been actively researching low or zero emission fuels long before that target was announced. For example, as far back as 2013, CCS was exploring hydrogen’s potential, looking at everything from powering fuel cells to tackling hydrogen-fuelled fires. At the same time, our researchers were evaluating a host of alternative fuels, such as LNG, various alcohols, bio-fuels, ammonia and renewable electricity from wind and solar.

Without doubt, the biggest decision facing shipping today is what approach to take to the IMO 2050 greenhouse gas emissions (GHG) target. IMO’s initial GHG strategy was adopted in 2018 with two goals. One is to phase out GHG emissions from international shipping as soon as possible this century and by at least 50% by 2050, compared to 2008. The other is to reduce CO2 emissions per transport work – termed ‘carbon intensity’ – as an average across international shipping, by at least 40% by 2030, pursuing efforts towards 70% by 2050, also compared to 2008.

However, speaking in May to the World Gas Conference in South Korea, IMO Secretary-General Kitack Lim acknowledged that “we need accelerated action in this decade to set the path for shipping’s decarbonisation, in line with the objectives of the 2015 Paris Agreement and the Glasgow Climate Pact adopted at COP 26 and the most recent IPCC climate reports”.

With that in mind, an upgraded GHG strategy is set to be adopted mid-2023, which Mr Lim summarised as “a set of enhanced ambitions in line with the global agreements, and further mid-term measures, such as those that incentivise R&D into new fuels and the move to cleaner fuels, as well as carbon pricing mechanisms”.

A huge amount of work is underway to explore the various alternative green technologies that will fuel this journey. But there are many obstacles ahead and it is up to the whole industry to come together to successfully navigate them.

For instance, we believe much more work is needed to evaluate the carbon emissions reduction effect of the different alternative fuels that are being developed and we welcome the work that IMO has been doing to develop guidelines to accompany its Carbon Intensity Indicator (CII). Nonetheless, we have yet to see a unanimous route when it comes to the development of alternative fuel technologies in shipping, with different parties holding a range of different views and approaching the subject in a variety of ways.

We believe there should be an evaluation system, based on multiple factors such as ship type, ship routes and emissions reduction targets. This would be a major step forward and would allow the creation of a ‘scenario-based roadmap’ for the development of alternative fuels, which would in turn aid the quest to provide solutions for the whole industry chain.

There are also concerns within the industry over the lack of a robust regulatory framework, standards and guidance in the development and use of new fuel technologies. Distribution infrastructure is also not yet in place to meet future demand.

At CCS, our experts have assessed a number of potential future fuels, based on a range of factors, including their energy availability, economic efficiency, technical maturity and contribution to GHG reduction. They also took account of current regulations, rules and standards.

From that work, we believe that methanol, hydrogen and ammonia are the main alternative energy sources for shipping, with the best prospects for development and adoption moving forward.

Methanol looks to be a promising alternative maritime fuel, although production capacity and supply issues must be addressed. CCS has carried out research on the potential of ‘green’ methanol in China which has highlighted what we believe is its great future potential.

Development of ‘green’ hydrogen and ammonia will also play a key future role. Their production is relatively mature but much more work is needed on their application in the maritime sector and in developing codes and standards surrounding their use.

CCS has carried out research on key technologies for ammonia combustion in ships, focusing on the technologies of ammonia fuel storage, bunkering and supply, ammonia fuel engine and toxic effects. We issued AiP for conceptual design of ammonia-powered vessel to COSCO Shipping and MARIC, and released Guidelines for Ships Using Ammonia as Fuel, 2022.

Hydrogen also shows great potential as a zero-emission fuel in internal combustion engines. It can also react with a catalyst to create electricity in a fuel cell to power an electric drive train. CCS published its first guidelines for harnessing hydrogen as a commercial marine fuel as long ago as 2015, followed in 2017 by guidelines for using alternative fuels. Both were updated in 2020.

Our detailed research found that a hydrogen-enabled ship could be as safe as one powered by conventional fuels, provided its risks are considered. For example, a ship’s design should allow any leaking hydrogen to easily escape to the atmosphere and not accumulate between decks.

LNG, an option favoured by many shipowners currently, benefits from a complete industrial chain and mature marine technology, codes and standards. In addition, it will help achieve IMO’s 2030 carbon intensity reduction target. However, there are mounting concerns over methane slip from fossil LNG, and more attention must be paid to the production and supply of carbon-neutral LNG.

Biofuel, on the other hand, is not an option in China. With such a large population, food production must take priority over growing crops for biofuel.

Although regulations and technical matters are still being refined, some shipping companies are making their own investments into decarbonisation and CCS is working with some of them.

In September 2021, for example, we signed a framework agreement with Maersk to kickstart research between Chinese and European enterprises and institutions aimed at speeding up decarbonisation in shipping.

Three expert groups have been established to carry out research on risk assessment and regulation development, life-cycle greenhouse gas emissions and the sustainability and availability of marine alternative fuels.

That agreement followed one that we signed in May last year with COSCO Shipping Group to tackle greenhouse gas emissions in the maritime sector by researching energy consumption and viable technological solutions. It has been structured to pool the two organisations’ resources to support China’s ‘carbon peak and neutrality’ target, along with international efforts to reduce maritime transport emissions.

Initiatives such as these are essential if our global decarbonisation ambitions are to be met in the timeframes we have set and which the global community expects from shipping. Alternative fuels are an unavoidable choice for this journey and we all must work together to plot the right course to its conclusion.