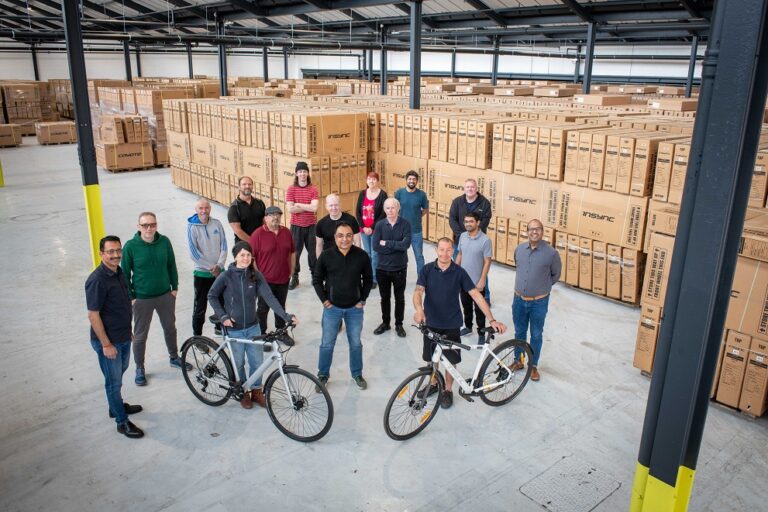 The new premises bring Insync’s corporate and distribution arms together in one location for the first time having previously being based over two sites at Newton Heath and a 40,000 sq ft warehouse in Worsley. The new headquarters represent a significant investment in Manchester and the UK by Indian parent company Hero Cycles.

Insync Bikes executive director Raman Awasthi said the new hub sends a bold statement about Insync’s plans for growth as it seeks to double its market share of the UK bike industry from 10 per cent to 20 per cent by 2024.  Underlining Insync’s growing presence in the UK earlier this month it was named the seventh fastest growing Indian company in the UK by Grant Thornton after seeing growth of 43 per cent in 2021 selling 186,000 bikes. 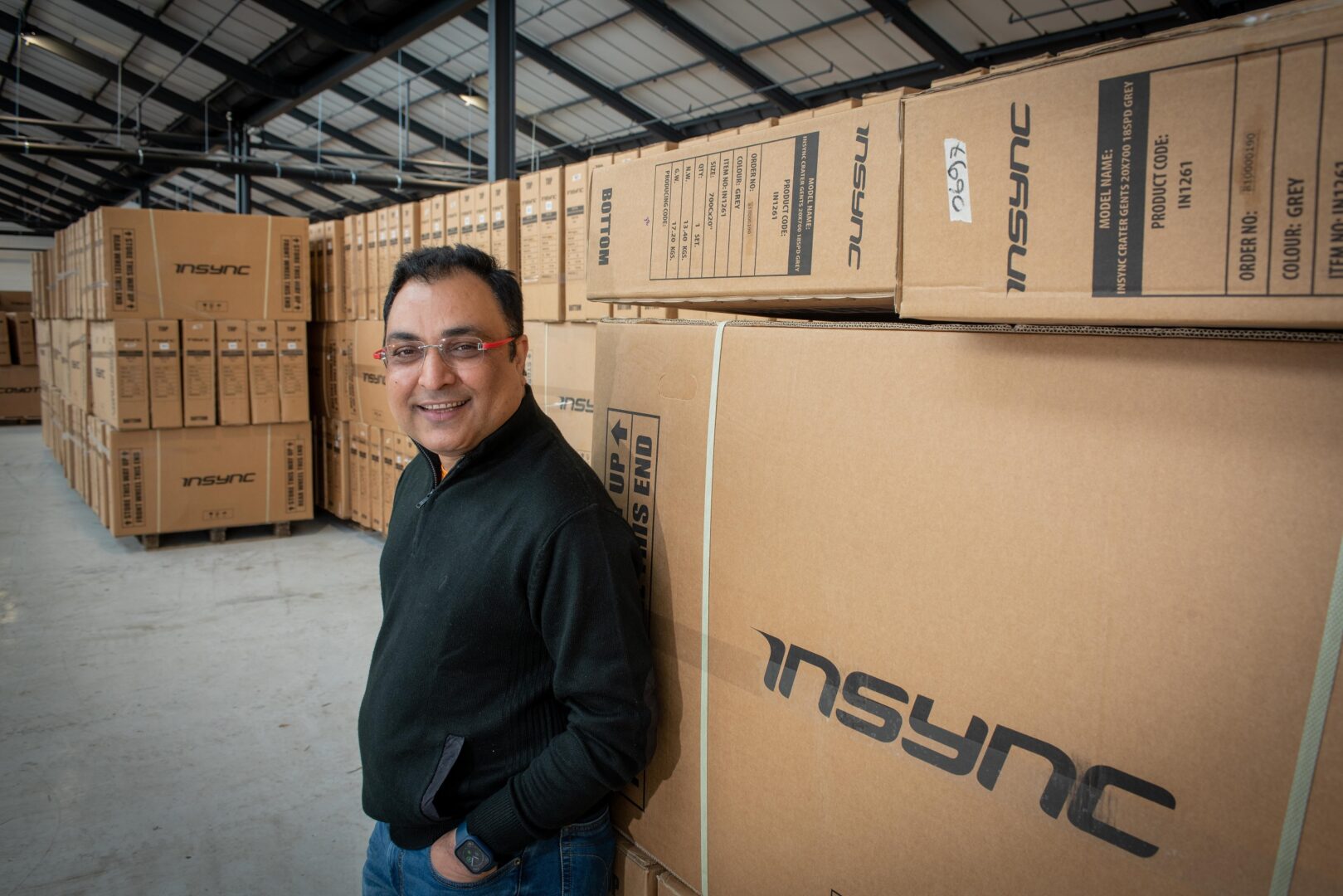 Mr Awasthi said Insync’s focus will be on the family market producing bikes in mid to premium range of £250-£800 including ebikes, road bikes, womens bikes and childrens bikes under familiar brands including Coyote, Viking, Ryedale and DeNovo.

“The new premises are fantastic and enable us to bring our team into one place, ramping up our operations to better serve our 300 strong bike dealer network and our customers,” he said. “From Trafford Park we can distribute more than 500 bikes a day and customers can also easily come and collect stock. With bigger storage and production facilities we can give bike dealers a quicker, more efficient, more predictable service. Dealers are the backbone of the industry and represent 50pc of bike sales and Trafford Park immediately improves our ability to support them with better with more advanced tech monitoring inventory and stock capacity as well as multimodal transport connections. It’s a giant leap forward for Insync and our ability to drive growth by supporting our customers and partners.”

Mr Awasthi said the Trafford Park expansion will also see manufacturing take place for the first time in the UK with plans to set up an ebike assembly line by August producing 50,000 ebikes over three years with an ambition to scale up to 30,000 ebikes annually.

“Our parent company Hero Cycles is India’s biggest pedal bike maker selling five million bikes a year and has huge experience of growing and operating a bike business at scale,” he said. “We are bringing all that knowledge of managing bike design, building and distribution from our top team in India to this new hub in Manchester. We believe by fusing the depth of our supply chain in India as well as manufacturing facilities in India and Sri Lanka we can offer the best quality, best value mid to premium range bikes to the UK and European market. We are especially keen to bring all our design expertise together here in Manchester maximising the skills of our German e-bike manufacturer HNF based in Berlin, which is part of the Hero International company, with our UK and Indian designers.”

“This will be the biggest and most advanced bike making centre in the world,” he said. “We plan to have all the suppliers and parts in one central location to de-risk supply chain disruption and share innovation between cycling industry’s leading companies. Ultimately we want to have capacity to produce around nine million bicycles and ebikes each year adding a further 60pc capacity to our operations. This will have a massive impact on the Trafford Park site and our ability to provide high quality bikes of all kinds at scale.”

Hero Cycles Limited was founded in India in 1956. It is the largest bicycle manufacturer in the world by volume producing 19,000 cycles per day and 5.2million per year. This represents one out of every 20 of the world’s bicycles. Hero Cycles has manufacturing units in Ludhiana (Punjab), Bihta (Bihar) & Ghaziabad (UP). It is part of the Hero Motors Company which employs circa 8,000 staff.

In August 2015, it acquired Manchester based British brand Avocet Sports with 51pc stake targeting high-end bicycle market in Europe and now has full ownership. In 2015, it also acquired Firefox Bikes – India’s largest premium bicycle brand with an established presence Pan-India through a network of 160 outlets. In 2016, it acquired a majority stake in Sri Lanka’s leading bicycle manufacturer BSH Ventures, further boosting its manufacturing capacity. As part of major expansion plans across Europe it launched the £2million Hero Cycles Global Design Centre (HGD) in Manchester, UK, in January 2017. In November 2019 the company changed its name from Avocet Sports Ltd to Insync Bikes Ltd.