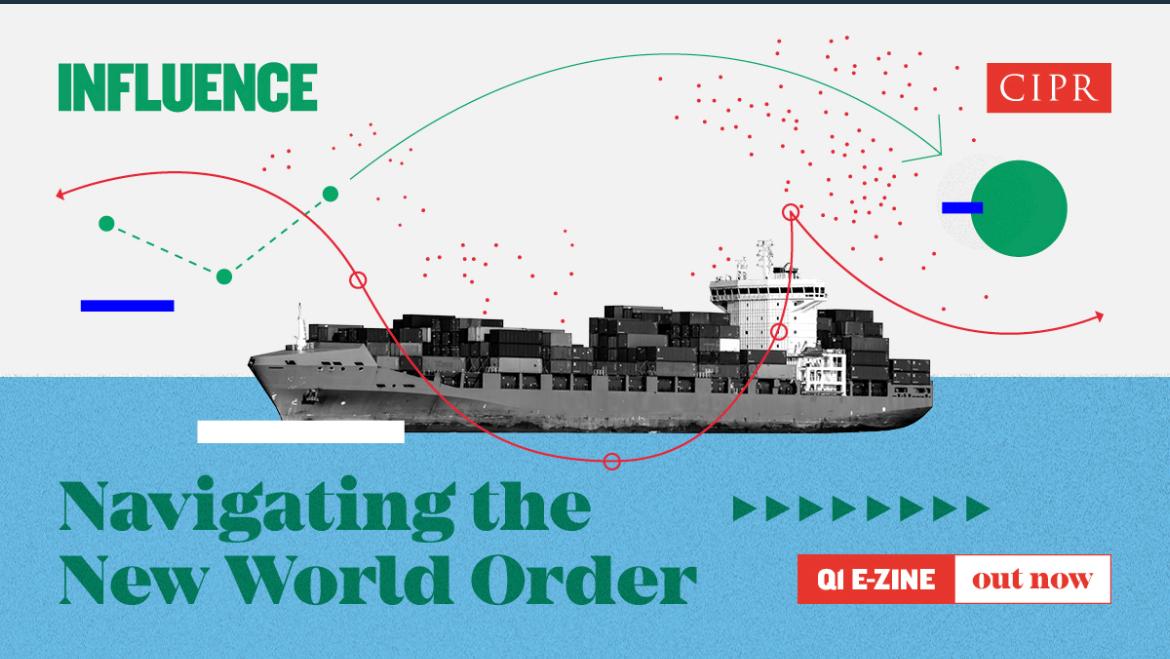 By Ben Pinnington managing director of Polaris Media a maritime and industry specialist PR firm based on Merseyside.

Decarbonisation is sending an earthquake of change into traditional industries. Sectors like maritime, engineering and energy now find themselves being dragged into the blinding sunlight of the climate change emergency debate as well as the tough new demands of ESG. And it is not a place many conservative businesses are comfortable with, or ready for, having for decades operated in a cocooned B2B space.

I view this landscape with a mix of concern and hope. I have run my own PR firm since 2007 mainly operating in the maritime and engineering sectors, having cut my teeth as a newspaper reporter and head of comms for business groups and political campaigns. However, when I first stepped into Cammell Laird shipbuilders on Merseyside in 2008 I was hooked by a whole new industry. I was bowled over by the passion of the place, the huge ships and construction halls, stereos blasting out the Clash, the workforce like a big rowdy family and the management hierarchical, blunt, funny and tough. The shipbuilder became my first maritime client and as we expanded in the industry around the world patterns emerged. Knowledge of PR and marketing was limited – operations came first, many organisations preferred a low profile and PR was often viewed as a risk or an expensive tactical tool lumped in a vague box marked marketing and sales. Company management, meanwhile, was mostly male, middle aged and drawn from finance or engineering backgrounds. When Twitter and LinkedIn arrived businesses were cautious about using it, indicative of how traditional firms like to wait and observe, in this case for years, before committing.

The media, meanwhile, was viewed warily, few businesses proactively engaged it regularly. Others were more openly hostile having been burned by negative headlines, which was unsurprising given they rarely promoted positive news, and I frequently heard, and still hear, ‘oh why bother dealing with them they just publish what they want anyway’. The irony was here was an industry made for the media – fundamental to global trade transporting 90pc of visible goods, visual, steeped in jaw-dropping history, making stuff and underpinned by entrepreneurs. Ironically while maritime sat on this mountain of marketing value we found it was our rather less dramatic professional services clients, who ‘got’ PR investing in strategic campaigns and devoting senior management time to it.

14 years on, is this changing? I would say the tide is beginning to turn. Social media is popular with maritime businesses worldwide particularly as it provides a channel to promote messages without the filter or potential bias of the media. The rise of digital meanwhile has been a boon for the maritime trade press, already one of the most abundant of any sector in world, today it brims with daily enewsletters, social media and print magazines. Do maritime firms engage with it? Well most probably do not but a great many now do. However, the reality is that for many maritime organisations there is still a battle to get them out of the cautious mindset and convince them why they should invest in PR long term and how to use it. I have learned there remains a valley of death between PR theory and what many traditional companies are prepared to embrace.

Nevertheless, a long overdue correction is emerging where maritime and engineering firms are having to consider PR in the way they are having to decarbonise. Under pressure, maybe, but maritime is becoming more receptive to PR out of necessity. There is a growing understanding that companies which are elevating PR to the c-suite and are using it as a listening tool, to ensure they are in touch with their stakeholders who really count, are at a considerable advantage over those who are not. With the advent of ESG maritime companies large and small are having to be greener and more transparent about it.

A group of major finance houses, for example, has clubbed together as the Poseidon Principles responsible for half of ship finance, worth around $158billion, with a clear message that ships that do not decarbonise in line with International Maritime Organisation targets risk not being mortgaged.  We are also hearing that businesses are expected to demonstrate on tenders with big majors how they are going green ie: cycle to work schemes, recycling of equipment, commitment to the ISO9001 environmental standard and so on. The firm message from the big boys being: green-up or ship out, if they are going to hit green targets their SME supply chains have to pull their weight.

Suppliers stuck reengineering the past of diesel ships will be left behind by those reverse engineering the future of clean fuels, eco-offices and digitisation.  In this sense, traditional companies already require PR support to help them navigate this perilous journey. As the CIPR teaches us PR is about reputation – the result of what you do, what you say and what others say about you. By far the most important element of this statement is the ‘what you do’ and PRs need to guide companies how to present their story authentically to avoid harmful reports of green washing and purpose washing.

The last 12 months have also seen a rising number of reports on maritime’s carbon footprint in the Times, New York Times, Telegraph and BBC. As a result, it is becoming much better known that maritime accounts for 2.4pc of global carbon emissions which the reports claim could rise to a fifth of all carbon emissions by 2050. In addition, big retailers are now pushing back on shipping lines with Amazon and IKEA making a pledge in October to only use zero-carbon fuel ocean vessels by 2040. This growing trend means shipping companies have to be listening so they can pivot strategy and horizon scan how the mainstream press and public opinion could affect them.

Maritime’s PR weakness was exposed in March 2021 when the vast container ship the Evergiven blocked the Suez Canal thrusting maritime onto the front pages and news bulletins of media worldwide.  A stinging editorial in the famous maritime title Lloyds List said the response saw ‘faceless’ shipping executives ‘hide in the shadows’ when there ‘was a unique opportunity to explain shipping’s key role as the economic backbone of world trade.’ Lloyds observed that few executives gave media interviews and hid behind ‘limp updates’.

However, it is not all negative, this is more a story of an industry underselling itself. On the more positive side, I have observed how receptive the public and mainstream media can be to maritime. We worked with Cammell Laird and the British Antarctic Survey press team to stage three events with Sir David Attenborough around the building of the new polar ship which bears his name. Thousands of people attended the events and the mainstream press descended on mass to the press calls with BBC One, the Today Programme, Sky and ITV all broadcasting live. In Oman meanwhile we were lucky to promote events at the Gulf State’s vast new shipyard in Duqm – the national Omani newspapers proudly ran big reports showcasing growth and investment. Other newsy clients which consistently grab the mainstream media and public attention include the hovercraft builder Griffon Hoverwork in Southampton and the campaign to build a memorial to the WWII Battle of the Atlantic in Liverpool.

And this is really the point. This should be the epochal moment maritime throws off the shackles and shines in the mainstream, showing the world it can lead the way in AI, green energy and digitisation. It is the sector’s chance to attract some of the brightest young people, searching for purpose driven careers, who can help shipping innovate and slash its carbon footprint. The fear is unless maritime starts telling its story, with the true grit and passion at the heart of the sector, it risks being eclipsed by other industries.

This is why building strong relationships with the media remains very important for traditional industries. I fear media relations is becoming a dying art as newsrooms are hollowed out and more relationships exist in a digital sphere. But sectors like maritime cannot complain about sea-blindness, public ignorance of the sea, if they do not properly engage the media by inviting journalists into their businesses to build trust and relationships – I have seen many times the value of these meetings. And it will be particularly important to explain how difficult it is to decarbonise shipping as well as showcase the huge work already being done. This story is told endlessly in the trade press and the brilliance of that work must now be reflected into the mainstream press and the public. Failure to do this could see entrenched views emerging in the public and media turning against maritime and that would be a travesty.

The world is a very noisy place. It is harder than ever to pierce through that wall of sound. This is not the era to be quietly hiding, tapping on the door of Government and the media with a sponge. Traditional industries like maritime will need to be bolder with public relations, accepting that to grow mistakes will have to be made on the journey into the public eye. It is a PR battle for hearts and minds that shipping, so synonymous with centuries of innovation, risk-taking and exploration, has to win.

Ben Pinnington’s book Making Waves: ‘PR strategies to transform your maritime business’ is published by Rethink Press and is available in-print, kindle and audio book at all good online booksellers.