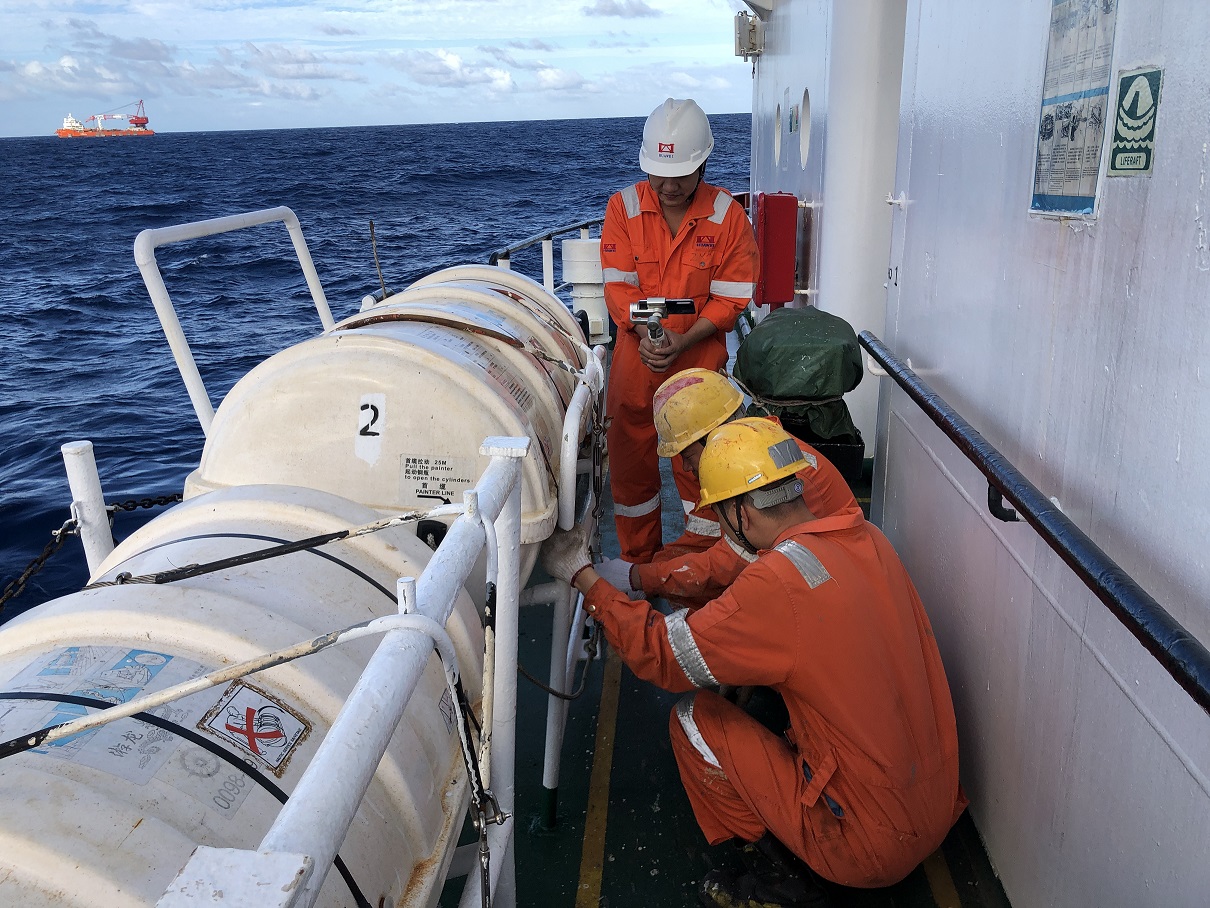 Shipping may be the most efficient form of transportation in terms of raw cargo, but the services provided to it have historically been anything but. Some years ago, classification societies thought nothing of flying surveyors around the world for every yard visit, crisscrossing the globe on planes in order to ply their trade. But in recent times, they have begun to rethink this approach.

Remote surveys come with a number of advantages. Not only do they eliminate the need for surveyors to fly to successive yards for jet-lagged appraisals of vessels’ condition. In many cases, it is also possible to conduct a remote survey underway, demanding less off-hire time for ships whose owners are confident enough.

The third major benefit of this activity lies in safety. Ship surveys are an incredibly demanding task, and abseiling into a vessel’s hold to check for faults has, more than once, resulted in tragedy. Enclosed spaces, in the same way, have claimed many lives – and, as is now well-understood throughout the industry, are liable to claim more than one at a time.

But there was a fourth driver looming that the industry did not see coming: the covid-19 pandemic. Its implications for world trade are still being felt just as much as in 2020, however, in terms of preventing the spread of the virus, flying surveyors internationally to participate in 3-day inspections – far shorter than the 14-day gestation period of the virus, and indeed, the self-isolation intervals which would be needed at each end of the journey – is not ideal. This is not to mention that many international flights simply were not happening during this period, and the costs involved in such were astronomical. It was a great time for remote surveys, a nascent technology, to step into the breach.

During the COVID-19 outbreak, normal shipping services, as well as ship surveys, are suspended because surveyors are denied entry to a port or are unable to board a ship. Therefore, some flag States have adopted interim alternative measures, i.e. issuing short-term certificates or extending certificates beyond the statutory maximum period, which are only applicable in special circumstances. The operation and safety of ships have been greatly affected.

As indicated in document MSC 102/22/11 (Republic of Korea), remote surveying of ships may be identified as new practices in the “new normal” during the COVID-19 pandemic. With the development of technology, remote survey will continue to be applied after the pandemic. The absence of unified guidance on remote survey may not only bring burdens to shipowners and crew, but also bring about negative impacts on the credibility of survey quality and impartiality among relevant stakeholders. From the perspective of port State control, the validity of remote survey may be questioned.

China, South Korea and the EU put forward new outputs on remote survey and audit at the MSC 104th session, identifying that the current legal framework of ship surveys exist with on-site surveyors in mind, and as such, favour in-person surveys by requiring substantive on-site verification processes. This has left them unable to address the barriers to ship surveys in the pandemic era, and unfit for purpose in the face of future technological development.

South Korea, meanwhile, pointed out that a lack of uniform guidance on remote surveys makes negative impacts more likely, as the rigorous standards for in-person surveys are abandoned in favour of more experimental approaches to new remote ones. Ultimately, this could undermine the safety of the ship and of seafarers. The allowable methodology or scope of the remote survey is neither defined in the IMO instruments, nor has been openly discussed at the IMO level.

Korea clearly proposed that IMO should developing guidance on remote surveys, with a view to global and uniform implementation, taking into consideration matters related to cases of force majeure and technical innovation. Despite this lack of a common framework and procedures, EU representatives stated, several flag state administrations have accepted the remote inspection and audit in lieu of the onboard survey/audit. However, to date, there are no provisions or common procedures agreed at the international level for the execution of class and statutory surveys and audits by remote means, i.e. without physical attendance by surveyors and auditors on board ships. There is an urgent need to develop specific guidance to ensure that remote surveys are carried out in a harmonised way ensuring the same level of safety as a physical onboard survey.

To address this, China tabled a proposal for a scoping exercise to develop technical requirements for remote surveys. Subsequently, a decision was made on the MSC 104th session to include, in the biennial agenda of the III Sub-Committee for 2022-2023 and the provisional agenda for III 8, an output on “Development of guidance on assessments and applications of remote survey, ISM Code audit and ISPS Code verification”, with a target completion year of 2024. 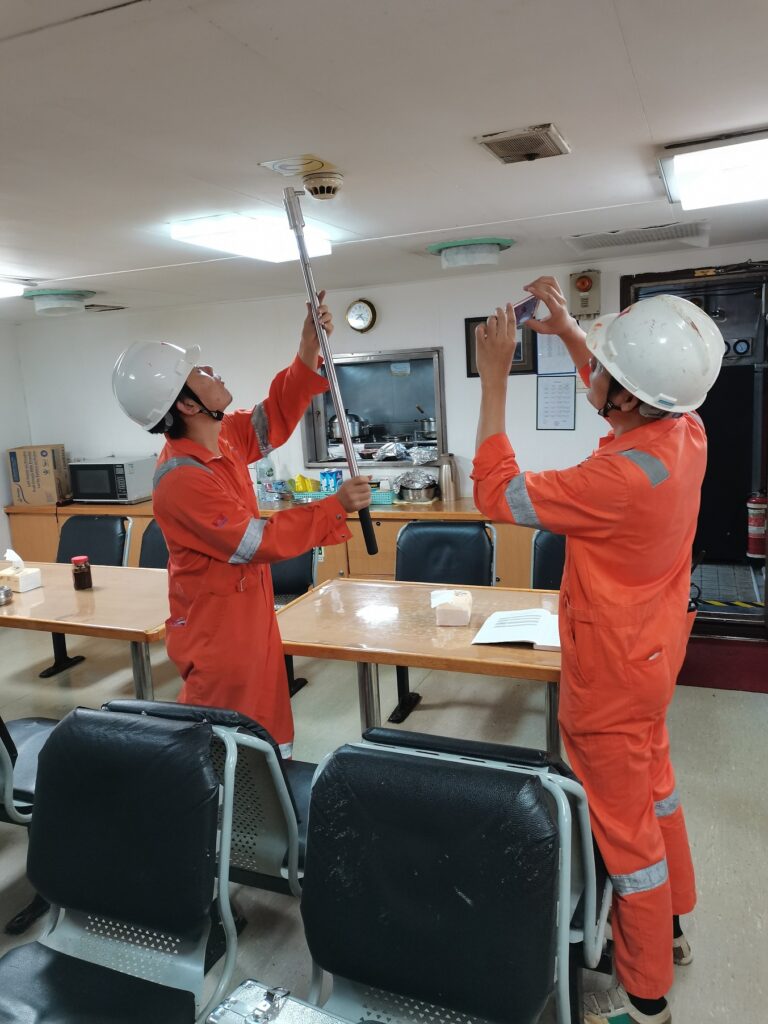 In China, there are three main technologies which have enabled this survey strategy. One of them is connectivity. It is famously difficult to get a Wi-Fi signal through bulkheads, and this is the reason long cabling networks tend to form the central nervous system of modern vessels. But it is also very challenging to make the vast exchanges of data required using standard shipboard networks.

CCS has got around this using a distributed ‘ad-hoc’ network organised around a central 5G CPE （Customer Premise Equipment）. From there, MESH relay stations, situated on tripods, are set up throughout the vessel, allowing signals to travel throughout the vessel unimpeded. The network must be resilient, as it is being used to relay vast amounts of survey data, including thousands of images, video footage, and documents. When the data reaches the CPE, it is transmitted via 5G – a technology largely pioneered in and by China – at incredibly high transfer speeds, yielded by the band’s high-wavelength.

These systems have yielded excellent results in actual survey, says Xiang. “Based on the practical experience in China, remote surveys, as the effective alternative to on-board surveys in some inspection items, with international conventions and rules implemented in a ‘non-contact’ way, can minimize the influence of COVID-19 pandemic on ship surveys, which is of practical significance to reduce the transmission of the virus and respond to the pandemic.”

Once this complex and high-throughput shipboard network has been connected up, the other survey tools come into play. They appear in two main guises: augmented reality (AR), and drone surveys.

In the former case, a seafarer equipped with an AR headset can travel around the vessel, transferring real-time visual data to the survey centre. Receiving instructions and taking images via the headset, as opposed to a handheld camera, is hands-free and more efficient; but it is also a crucial way to maintain safety.

AR headsets are gaining traction in the maritime industry thanks to their ease of use, and it is thought that, with help from a steady shore connection, they will soon be used to guide crew members through on-board maintenance procedures – relieving the chief engineer’s workload.

For surveys, as in maintenance operations, they provide an expedient way of putting key information in a crew member’s field of vision; shore side survey staff can indicate and highlight the areas they wish to examine, vastly streamlining the process.

The quadcopter drone has proven a reliable and effective platform for various technologies spanning myriad industries. Unmanned Aerial Vehicles (UAVs) prove incredibly valuable as surveying tools, as they allow easy access to spaces where it would be unsafe to have humans perform a close visual inspection.

But with CCS’ UAVs, there is a difference; they are specially developed to operate in no-satellite signal, low- or no-light conditions. They are also optimised for use in environments with strong magnetic field interference, crucial in a setting where drones will be surrounded on all sides by metal bulkheads. They use LIDAR for positioning and collision avoidance in spaces where there is no satellite signal.

Operated in this way, there is a broad range of use cases for drone surveys on board, as they can be used to access confined spaces, cargo oil tanks, or other areas where surveyors and crew members can expect to encounter larger than normal quantities of noxious vapours.

In the near future, other technologies will come to the forefront in the realm of remote surveys. The application of deep learning, for example, is one which will necessarily require a large amount of initial input; however, drone inspections will soon be at the stage where faults in hull structures can be identified by an intelligent algorithm, allowing for a more detailed inspection than the human eye alone could perform.

CCS believes that remote survey technology can augment the capabilities of shipboard inspections whether or not the opportunity arises to dispatch an operative to the vessel; but the law needs to catch up with the technology. “The legal framework for the implementation of remote survey and RIT has not been provided,” says Xiang. “Therefore, there is an urgent need to develop specific guidance to ensure that this practice of remote survey is carried out in a harmonized way and in a manner that ensures the same level of safety as that provided by a physical on-board survey.

“Recently, China has proposed to undertake a scoping exercise of the framework and develop mandatory or non-mandatory technical requirements on remote survey, with a view to providing guidance for flag States and ROs to carry out remote survey.” 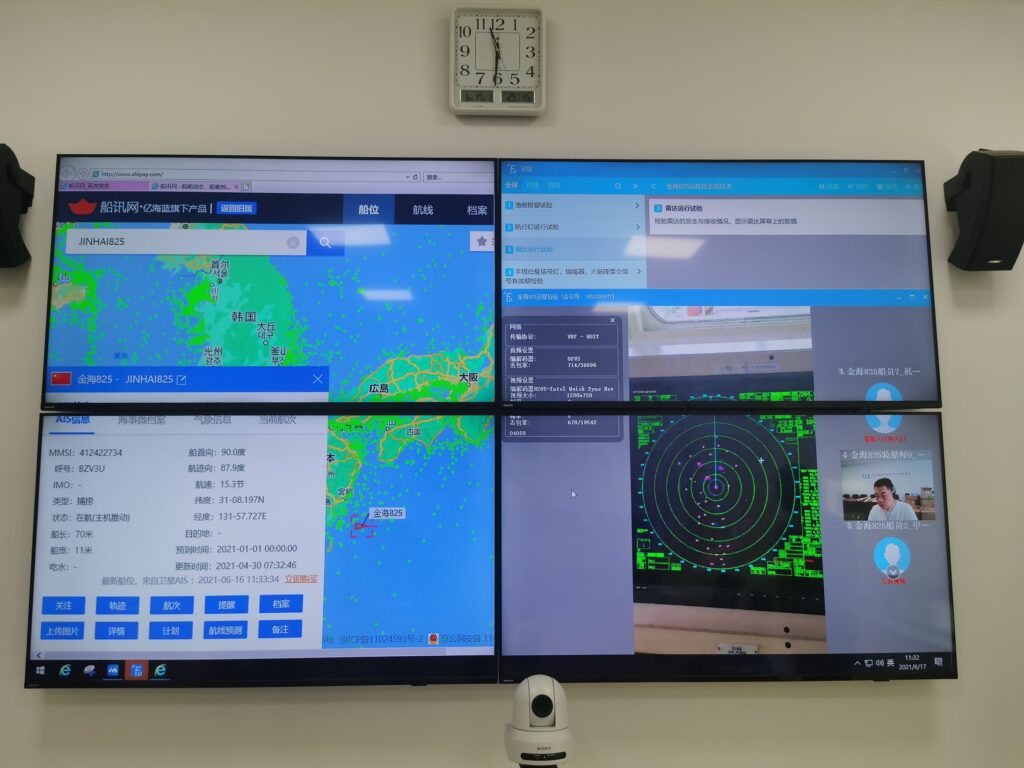