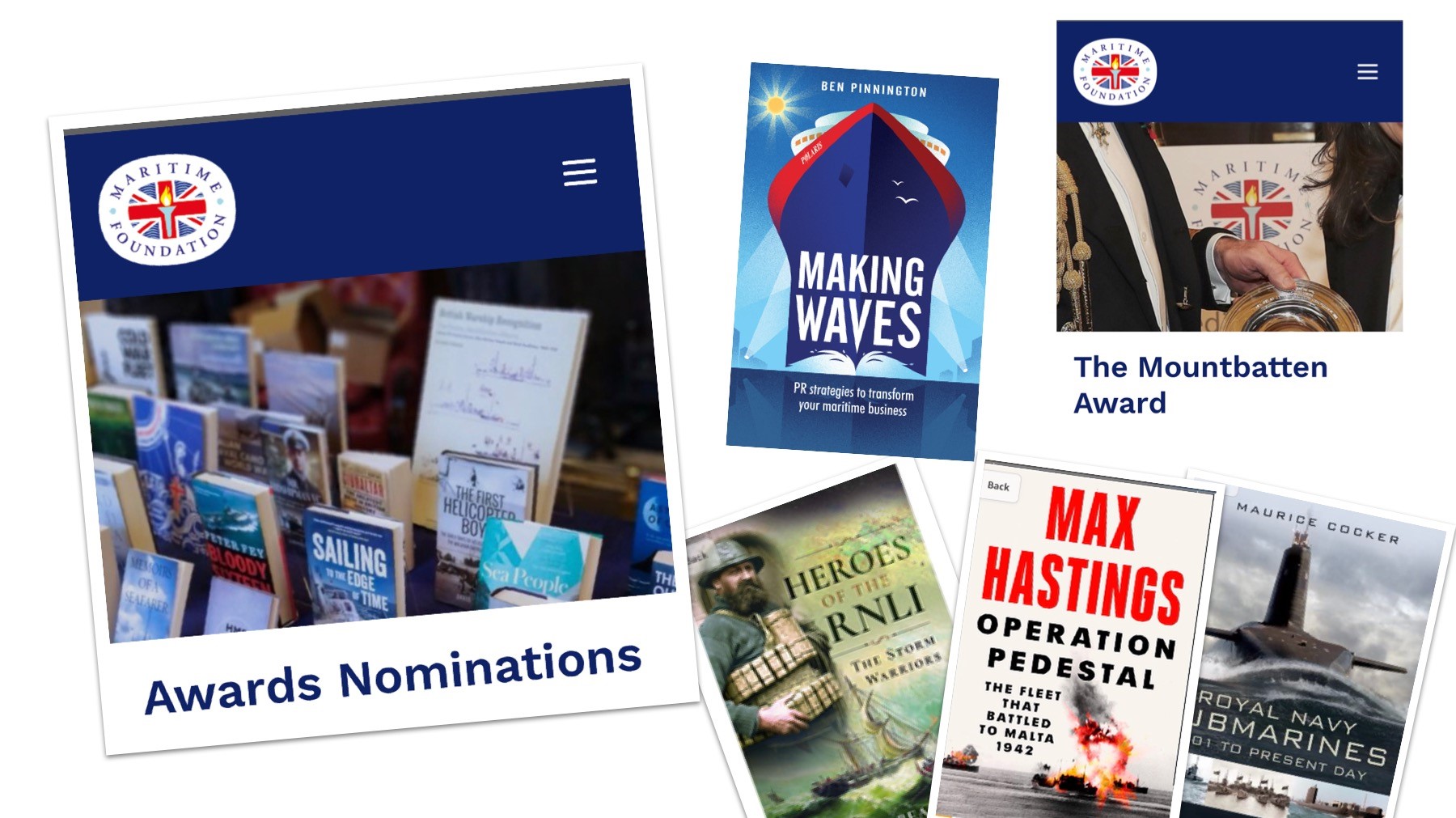 Thank you to the Maritime Foundation for announcing that Polaris MD Ben Pinnington’s new book ‘Making Waves: PR strategies to transform your maritime business’ has been nominated for the Mountbatten Best Book Award at this year’s #Maritime Media Awards in London.

Ben said: “It is a great privilege to be nominated among such talented authors and their formidable work. Making Waves is written to ramp up awareness of maritime as the one of the greatest and most inspiring industries in the world steeped in innovation and the history of human exploration.  We are grateful to the Maritime Foundation, which does so much to highlight the work of maritime creatives, for providing this platform for the book and its messages.”

Books nominated include Max Hastings’ Operation Pedestal: The Fleet That Battled to Malta 1942, Angus Konstam’s Mutiny on the Spanish Main: HMS Hermione and the Royal Navy’s Revenge and Julian Sancton’s Madhouse at the End of the Earth

Meanwhile, journalists up for the Desmond Wettern Award for Best Journalism include Shashank Joshi, Defence Editor at The Economist, Reuters’ Jonathan Saul and the Financial Times Defence and Security Editor, Helen Warrell.

Hard-hitting documentaries from Netflix and Greenpeace, Brick City TV’s Murder at Sea and Aum Films’ Seaspiracy lead the nominations in the Donald Gosling Award for Best Television or Film Production along with BBC Four’s Lost Films of WWII and Channel 5’s On Board Britain’s Nuclear Submarine: Trident.

The Maritime Media Awards were launched in 1995 to recognise journalists, authors and others whose work in the media has created greater public understanding of maritime issues, and of Britain’s dependence on the sea.