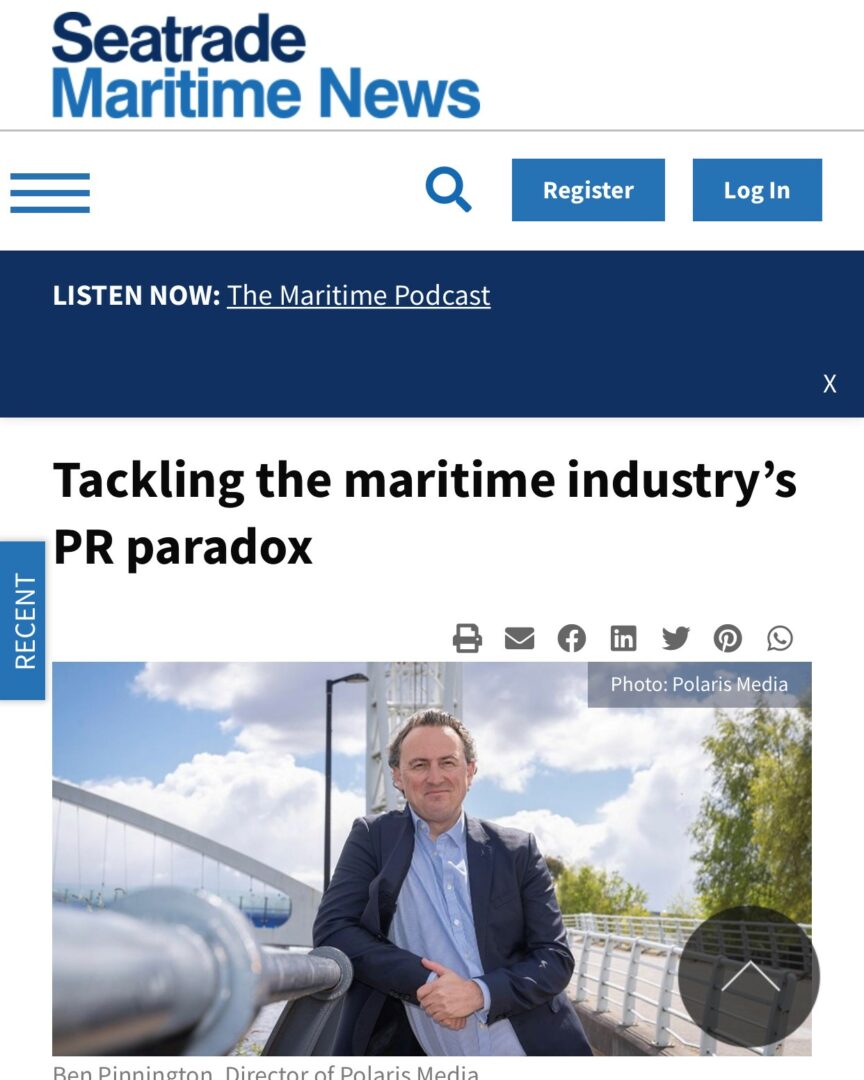 There is a paradox at the heart of maritime. It is a buccaneering industry brimming with entrepreneurs fundamental to global trade with a history intertwined with discovery and human exploration. Yet despite its riveting nature it is often out of sight and out of mind with the public. Sea-blindness is a problem in maritime because too many maritime organisations prefer a low profile and do not understand the value of communications and public relations. While Branson, Musk and Bezos grab global headlines with the new space race maritime remains faceless and undersold. It is an aberration that so little is known and appreciated about maritime today when the industry is the backbone of the global economy transporting 90pc of visible trade and is set to be worth $3trillion by 2030.

Tackling sea-blindness with professional communications is one of the biggest challenges facing maritime.  The decarbonisation agenda is dragging maritime out of its bubble into the mainstream and the blinding sunlight of the climate change emergency debate.  It is starting to become better known that if maritime were a country it would be the sixth largest emitter of carbon accounting for 2.4pc of global emissions. People outside maritime are starting to pick up on the green angle, one PR industry leader wrote on my LinkedIn: “Nobody ever seems to talk about the effect of marine transport on the planet – is the answer hydrogen?” There was a similar comment from the makers of the recent Black Trail TV documentary billed ominously as ‘how shipping pollutes the planet, avoid taxes and dodges regulations’. The makers conceded they knew little about maritime previously and were shocked to discover how much pollution shipping created.

Maritime organisations of all sizes need to be aware that change is happening. Public and mainstream media scrutiny of maritime is only likely to increase. Organisations need to have PR advisers in place to help them undertake crisis horizon scanning ensuring they are in touch with public opinion and regulators on the issues that matter. It is now expected that organisations demonstrate they are going green with hard evidence. The definition of PR is: PR is about reputation, the result of what you do, what you say and what others say about you. By far the most important element of this statement is what you do.  As PRs we are aware that the environmental agenda places massive pressure and responsibility on maritime businesses to listen and shape their operations accordingly, not green washing or purpose washing. This is not the soft world of CSR where companies did good things, which were not always fundamental to operations, and expected recognition. The advent of Environmental Social and Corporate Governance (ESG) in place of CSR is a tougher game altogether. We see ESG in action particularly in maritime finance where the Poseidon Principles have been signed by lending institutions responsible for $158billion roughly half of global ship finance. The signatories demand that ship owners meet the IMO targets for their fleets otherwise ships risk not being mortgaged.

This kind of measure is squeezing the maritime industry where it hurts – and shows that the old ways of focusing on shareholder value are being replaced by an expectation to meaningfully contribute to society and the planet. Having an authentic purpose now matters.

It is one of the reasons I have written my new PR book ‘Making Waves’ to try and share knowledge and encourage the industry to come together like a rising tide to improve the standards of public relations. Having worked in the media as a journalist and PR for more than 20 years, over 13 of those in the maritime sector, I have seen how PR is not always well understood or prioritised despite maritime having what is arguably the best and most abundant trade press in the world. That is not to say that good PR work is not being undertaken because it is, but the truth is many maritime companies need to change – operations and PR can no longer operate in silos. 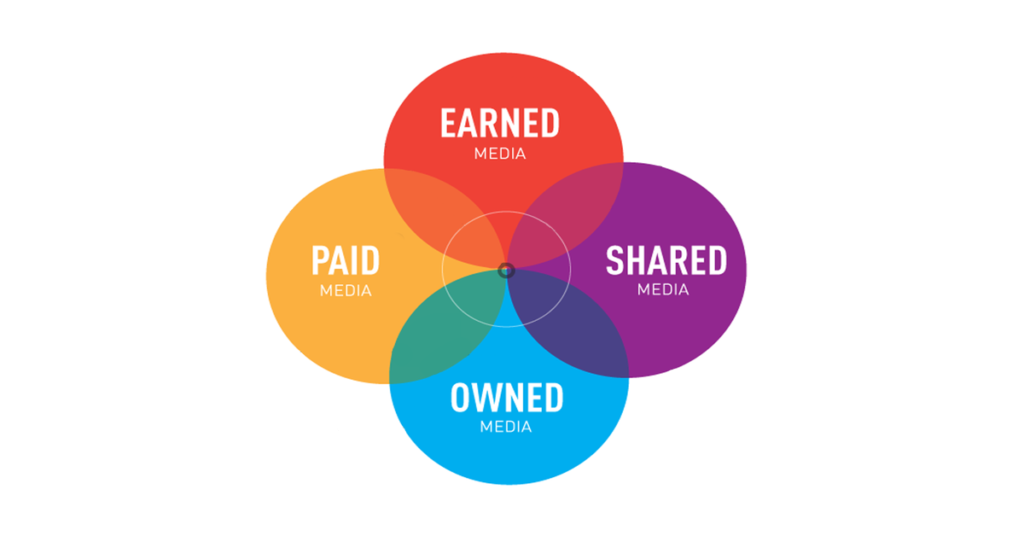 I would urge companies to look hard at the important role ‘earned’ independent publicity continues to play in building the credibility of an organisation.  Today one measure the PR industry uses to assess ‘coverage’ is the PESO metric – Paid, Earned, Shared and Owned. This takes greater account of the ‘shared’ content on social media by stakeholders as well as PR generated on ‘owned’ media – such as organisations’ own websites and social media. ‘Paid’ meanwhile reflects advertising while ‘earned’ refers to PR driven publicity –the four types of coverage frequently blend together. Instructively new research is starting to show the value of earned media coverage in this new landscape demonstrating that publicity carries high influence on stakeholders

A large part of my book is devoted to building strong relationships with the media. I fear media relations is becoming a dying art as newsrooms are hollowed out and more relationships exist in a digital sphere. But it remains essential to get to know journalists and the informed passionate maritime trade press. We must work to support our trade press and supply it with quality material. Moreover, we will still complain about sea-blindness if we do not properly engage the media by staging tours and inviting them into businesses to build trust and relationships and that includes mainstream press. Relationships are built face to face not over over zoom or social media. In person you can offer real insights into a company’s challenges and successes and then if you are hit by a negative story you are more likely to have sympathetic understanding response.

It is time to bridge the valley of death between PR theory and the practical reality of what maritime companies are prepared to embrace. PR is more than an on-off tactical tool, communications gloss or an add on to marketing. PR today should inform an organisation’s strategy and is as much about listening as it is about broadcasting a message. If we expect stakeholders to believe in, and be influenced by, our messages we have to show we are prepared to listen and become an advocate of their message. Listening is the starting point of building trust and deepening relationships – the ultimate goal of PR. This is why organisations are making PR part of their C-suite to ensure they are in tune with their stakeholders, as well as public opinion on issues that effect them, giving them a considerable advantage over those who are not.

Ben Pinnington is a director of UK PR firm Polaris Media. His book ‘Making Waves: ‘PR strategies to transform your maritime business’ is available on Amazon and all good online booksellers in print, kindle and audio book. Twitter:@BenPinnington1