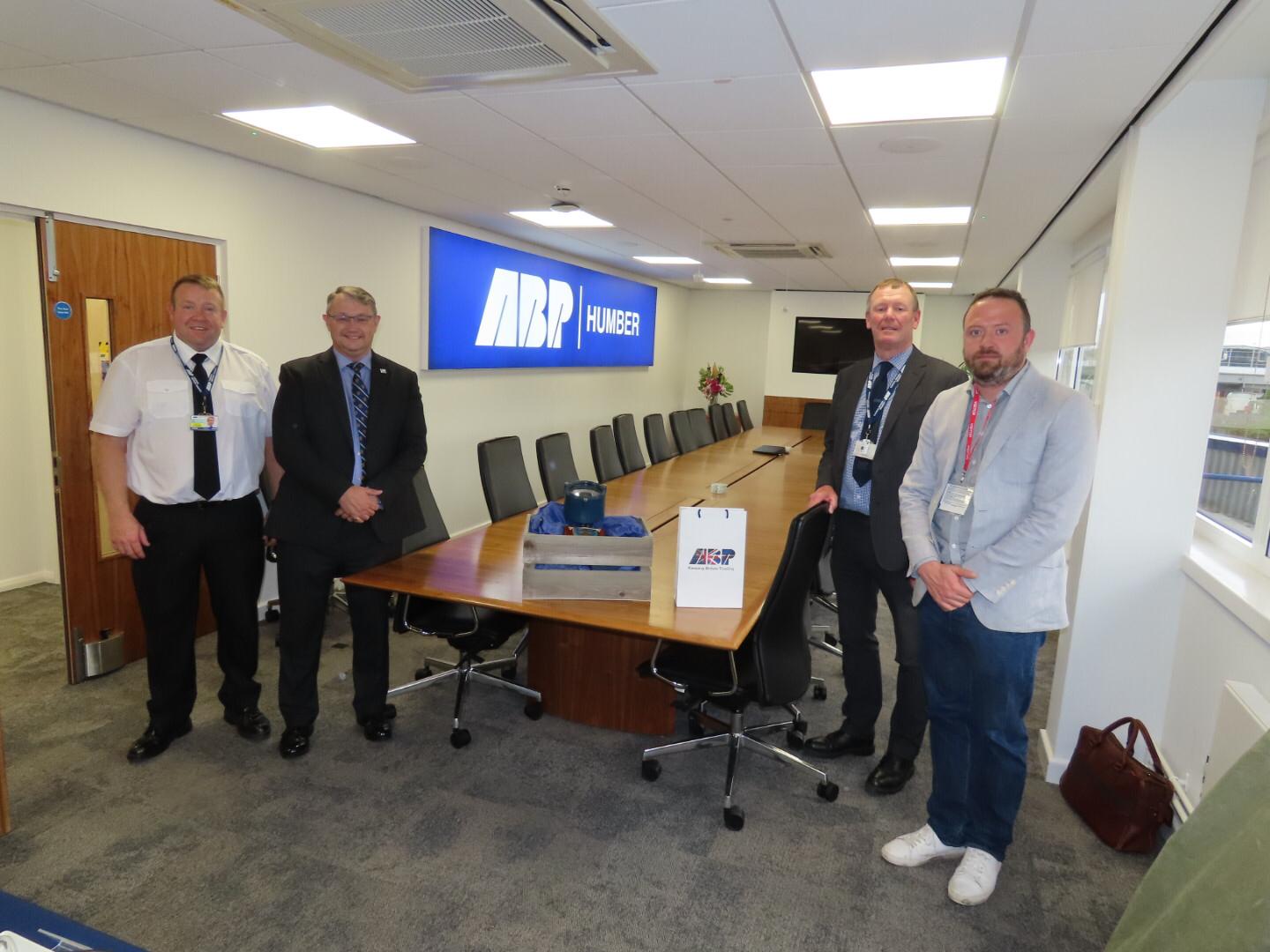 A World War Two-era signal lamp, originally used to send Morse code messages between ships, is set to play a major role in services commemorating the Battle of the Atlantic after being saved from the scrap heap.

The Aldis Lamp, named after inventor Arthur Cyril Webb Aldis, was found by chance on board a vessel at the Port of Hull. The discovery was made by Tony Lewis, HQ Manager at Associated British Ports Hull, who removed the lamp for safekeeping before contacting Cdre Phil Waterhouse, director and trustee of the Battle of the Atlantic Memorial charity in Liverpool.

Aldis Lamps are typically positioned on the bridge wing of maritime vessels. They signal Morse code messages via flashing light and are still used to this day as way of communication between ships, both warfighting and merchant. They played a vital role in the Battle of the Atlantic, allowing ships sailing in convoy to send messages while maintaining radio silence.

These Atlantic convoys not only kept Britain and Russia supplied with food, critical industrial supplies, men and munitions, but arguably facilitated all other crucial engagements throughout World War Two across the European theatre of war, from Stalingrad to D-Day. The battle was the longest-running campaign of the war and claimed more than 100,000 allied lives.

Mr Lewis said: “I just happened to be looking around the dockyard as part of my rounds and stumbled across the lamp on a ship destined for the scrap.

“I had heard that Cdre. Waterhouse was looking for something similar for the memorial, so after a few enquiries we were able to procure it and make this day a reality.”

As well as being an important new exhibit, the lamp will be brought into use once again. During memorial services held on the Liverpool docks it will signal the names of individuals and ships that were tragically lost during the Battle of the Atlantic.

Cdre. Waterhouse, Naval Regional Commander for the North of England and IoM (NRC NE), said: “On behalf of the Battle of the Atlantic Memorial charity and the Western Approaches Museum, we are hugely grateful to ABP Hull for donating this important item to our memorial.

“It goes to show the techniques and equipment that were used all those years ago have stood the test of time. This Aldis Lamp will now go on to play a vital part in our memorial, rather than be doomed to the scrap yard.” 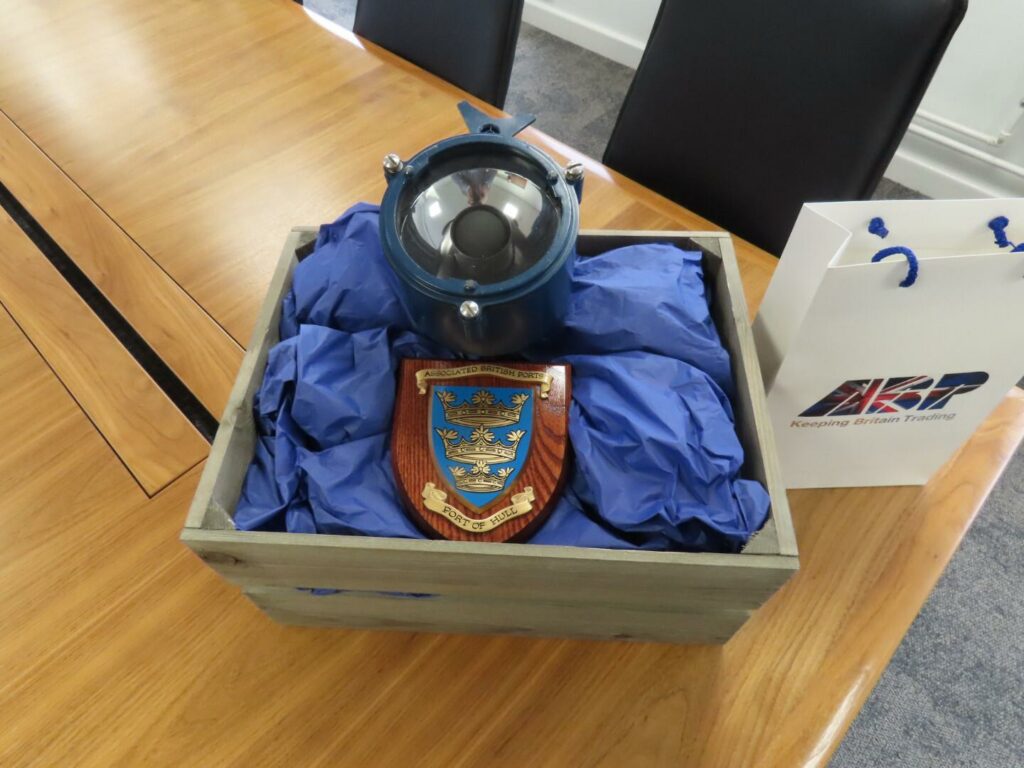 In March, the Battle of Atlantic Memorial charity announced a fresh concept for the UK’s official memorial to the campaign, with plans to raise around £750,000 to support initiatives across four key areas.

The concept includes a permanent memorial titled ‘Atlantic Lights’ positioned at Exchange Flags, a garden of remembrance at St Nicholas Church on the Pier Head and a Merseyside-wide heritage trail taking in key sites of the battle. The charity will further officially partner with Western Approaches Museum, helping preserve its unique status as ‘a living memorial to the battle’.

The idea for Atlantic Lights came from Western Approaches Museum and the plan is for Exchange Flags to stage a daily event to remember those who died and served in the Battle of the Atlantic, as well as celebrate its ultimate success. The Atlantic Lights concept involves LED lights flashing Morse code onto the columns of buildings in Exchange Flags remembering ship names, key convoys and names of personnel who died and served.

The museum and the Battle of Atlantic Memorial charity are working together on the project, along with Royal Navy Regional Headquarters in Liverpool. The project is also receiving tremendous support from the owner of Exchange Flags, Ashtrom Properties UK.

Battle of the Atlantic Memorial background

• BOAM chairman Gary Doyle MA AFNI<https://www.linkedin.com/in/ACoAAASmewwBezbJZE6QuZJHjAVq6RgF88WF8Nc> said following a full review the campaign is launching a new brand, inspired by the colours of the Atlantic Star medal ribbon, to support a series of new initiatives which will be unveiled in Liverpool, the command headquarters of the battle, in May 2023.

• The original concept of building a £2.5m monument on the Pier Head has been replaced due to excessive cost following Covid.

• The concept includes a permanent memorial titled ‘Atlantic Lights’ positioned at Exchange Flags, a garden of remembrance at St Nicholas Church on the Pier Head and a Merseyside wide heritage trail taking in key sites of the battle.

• The charity will further partner with Western Approaches Museum<https://www.linkedin.com/in/ACoAAC1sJLMBUx4zv-0-P-izdh01rm6im48p1Fo>, the original command headquarters of the battle helping preserve its status as ‘a living memorial to the battle’ and Liverpool’s own ‘Bletchley Park’. 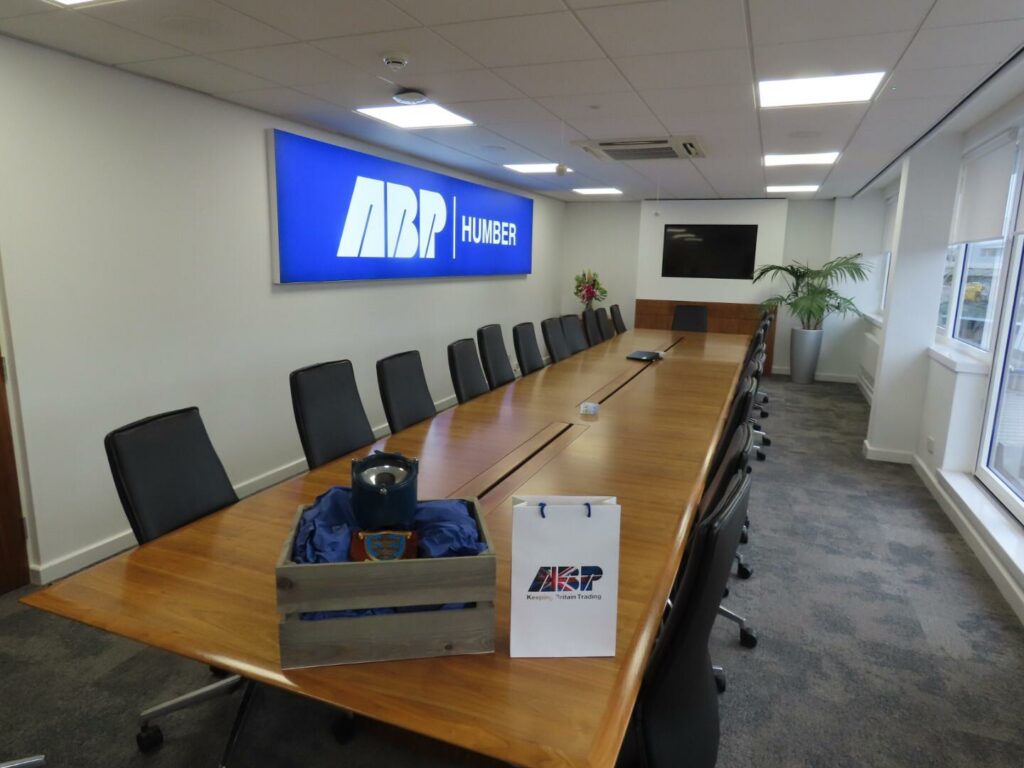