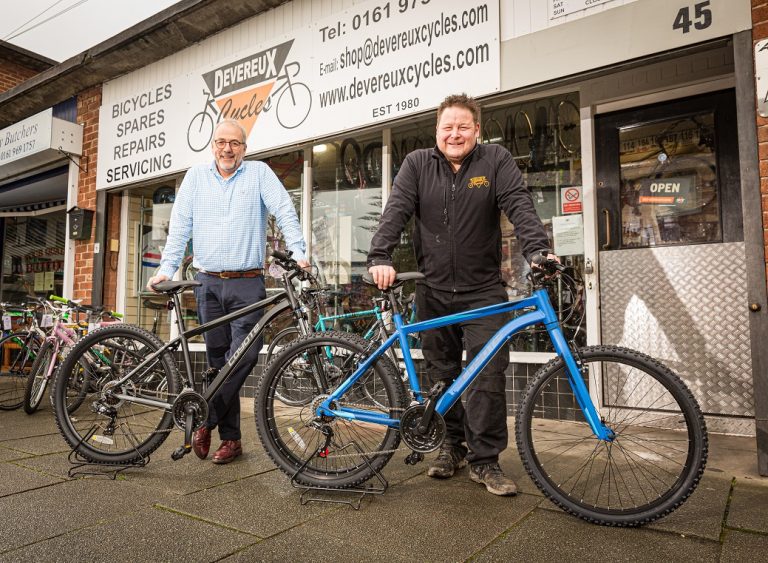 Insync Bikes increases stocks ahead of anticipated ‘summer of cycling’

Manchester based Insync Bikes is accelerating production of affordable family bikes as it prepares for a summer of activity boosted by the pandemic cycling boom.

Insync Bikes, part of Indian-owned Hero Cycles, is urging independent bike dealers to get in touch to secure models from its ranges as it anticipates delivery of bulk quantities for the spring and summer.

Wayne Clarke, of Insync, urged IBDs to get in touch to secure bikes ahead of the spring/summer rush on sales.

Wayne said: “Insync has been buoyed by the rise in the popularity of cycling, for leisure and commuting, which has resulted in unprecedented levels of demand for our models. As the warmer weather approaches, we are anticipating once again that demand for bikes will rise so, to support our independent bike dealers, we have increased production to enable us to cater for this demand.

“Dealers should get in touch with us as soon as possible to secure stock to ensure they are ready for what we predict will be another spike in sales, building on the success of lockdown cycling.”

The range includes famous heritage brand Viking Belgravia, a traditional women’s bike which is due in April and May, priced between £295 and £315. Viking Westminster bikes, also aimed at women, are due in stock in June priced at £270

The end of April will see Coyote mountain bikes, in the range of £189, hit the retailers, while Concept children’s bikes priced at £100-£250 are in stock.

Insync, which sells its brands via a large network of independent bike shops, has experienced a sharp increase in trading over the past 12 months, spurred on by the soaring popularity of riding while the UK has been in and out of lockdown.

A high point for the brand came in July when Prime Minister Boris Johnson launched the UK’s £2bn cycling and walking strategy while riding a Viking bike in Nottingham supplied by one of Insync’s dealers.

In January, Insync reported a trebling of sales during 2020 and revealed plans to double the figure in 2021. The brand sold more than 50,000 bikes in retail in the year to November 2020, a 200 per cent increase on the previous year, driven by the surge in the demand for bikes as a healthier form of commuting and exercise during the pandemic. Women’s hybrid and mountain bikes and children’s bikes in the affordable range of £350-£500 experienced unprecedented levels of demand and the business announced plans to expand its offering.

Hero Cycles Limited was founded in India in 1956. It is the largest bicycle manufacturer in the world by volume producing 19,000 cycles per day and 5.2million per year. This represents one out of every 20 of the world’s bicycles. Hero Cycles has manufacturing units in Ludhiana (Punjab), Bihta (Bihar) & Ghaziabad (UP). It is part of the Hero Motors Company which has revenues of $400million and $1.2billion in assets employing circa 8,000 staff.

In August 2015, it acquired British brand Avocet Sports with 51pc stake targeting high-end bicycle market in Europe and now has full ownership. In 2015, it also acquired Firefox Bikes – India’s largest premium bicycle brand with an established presence Pan-India through a network of 160 outlets. In 2016, it acquired a majority stake in Sri Lanka’s leading bicycle manufacturer BSH Ventures, further boosting its manufacturing capacity. As part of major expansion plans across Europe it launched the £2million Hero Cycles Global Design Centre (HGD) in Manchester, UK, in January 2017. In November 2019 the company changed its name from Avocet Sports Ltd to Insync Bikes Ltd.