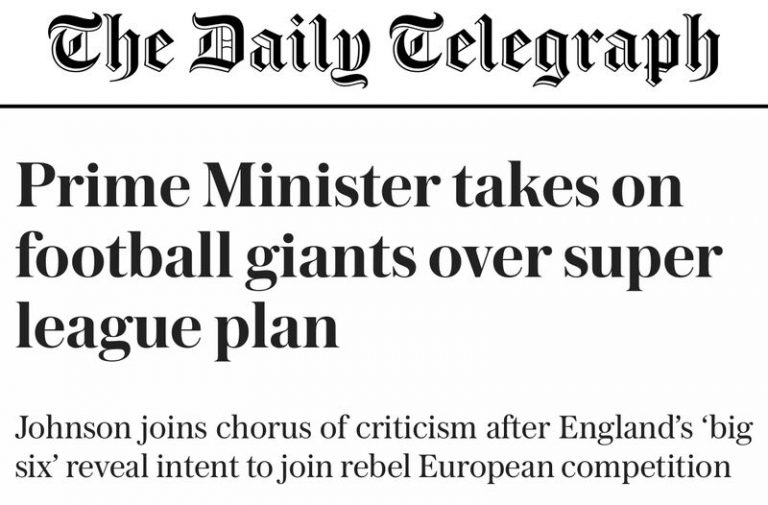 The media firestorm over the planned break away European super league underlines the role of PR in protecting the reputation of an organisation by listening to stakeholders.

A prime theme of my forthcoming book on PR is that used correctly PR shapes the strategic direction of an organisation. Those that are in touch with their audiences have a massive advantage over those that are not. PR is not there simply as an add on to marketing or communications gloss.

While it appears the announcement could be a game of high stakes poker – it is an extremely dangerous approach.

The clubs have confronted heavy criticism from key stakeholders including their fans, fellow football organisations, royalty, the PM, former players and respected journalists.

Did the club’s PRs counsel stakeholder opinion ahead of the announcement and feedback? If they did the club owners are tone deaf. If PR was not deployed to listen the owners only have themselves to blame.

No game of brinksmanship is worth jeopardising your reputation and values for.

PR is about what you do, what you say and what others say about you. The most important of these is what you do. #publicrelations #pr

Previous Post BLOG: What is public relations and how to make it work – excerpt from Making Waves Next Post In social media saturated world executives have to lead by example
Menu