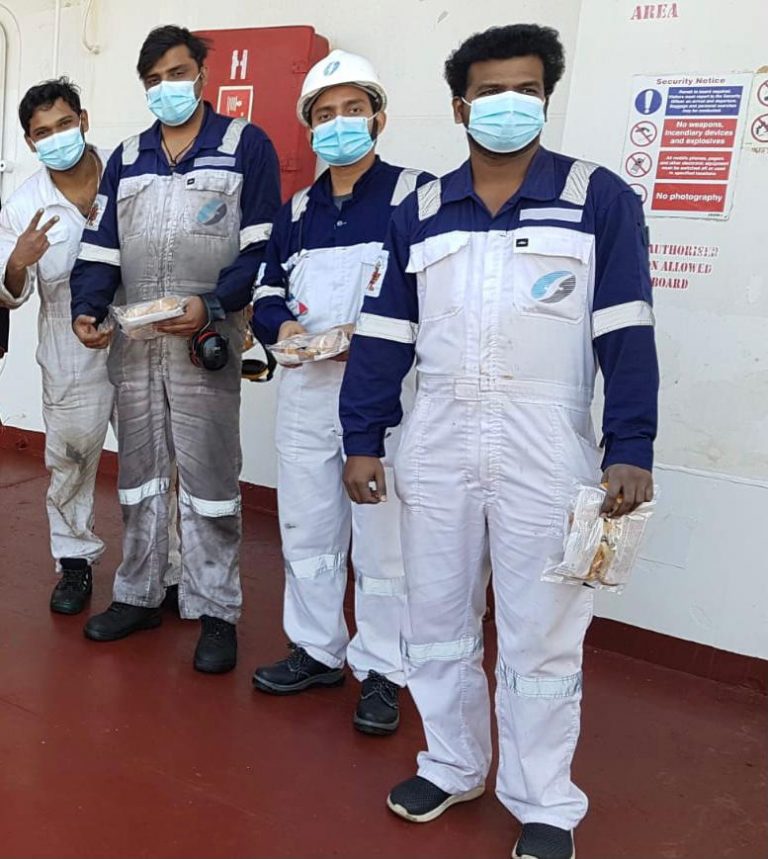 Liverpool Seafarers Centre shared a traditional Easter treat with seafarers docked in Liverpool thanks to the kind donation of one thousand hot cross buns.

Seafarers on board 20 vessels received the baked goods in the run-up to the Easter weekend after past High Sheriff of Merseyside Peter Woods DL stepped in to help following an appeal by the Crosby charity.

Chief executive John Wilson had asked for help with providing a little something extra this Easter for the seafarers the centre supports.

Keen to help, Mr Woods acquired funding from the Duchy of Lancaster Benevolent Fund on the Crosby charity’s behalf, enabling the purchase of a thousand hot cross buns from Greggs.

The spiced buns, traditionally eaten on Good Friday, were taken to give out to the crew on six vessels in the Port of Liverpool on Tuesday, with Mr Woods and Mr Wilson joined by current High Sheriff of Merseyside His Honour John Roberts DL.

The group chatted with seafarers at the quayside as they accepted the packets of hot cross buns, each including a card put together by Liverpool Seafarers Centre indicating the significance of the spiced bun, which is traditionally eaten on Good Friday.

The cross on the bun represents the cross on which Jesus died, with the four quarters representing the four corners of the world. The spices in the bun suggest the spices used to anoint the dead and the yeast to make it rise signifies Jesus rising from the dead on Easter Sunday.

Mr Wilson delivered the remainder of the donations to a further 14 ships later in the week. Mr Woods first got involved with the centre in 2018 when he served as High Sheriff and went out to distribute presents on ships on Christmas Eve. During the pandemic, he supported the cause by collecting board games and jigsaws for seafarers following an appeal by Mr Wilson, and he got in touch again recently to ask if there was anything he could do ahead of Easter.

He said: “I was so impressed by what Liverpool Seafarers Centre did after my first visit that I wanted to continue to show my support. When you see the different types of vessel that come into Liverpool bringing various commodities, you realise how dependent on our ports and on seafarers we are, and the difficult lives they have.”

Mr Roberts, who visited with his wife Mary, enjoyed the visit, which offered a chance to learn more about the centre’s work. He said: “It was fascinating to meet the seafarers and great to see how welcomed they felt in Liverpool thanks to Liverpool Seafarers Centre. The ones we met were all thousands of miles from home, coming from the Philippines, India, Indonesia, Russia, China and Ukraine, and it was great to see how important it was for them to have friends like John and the other people from the centre when they come to another part of the world.”

Although he knew of LSC, Mr Roberts said he was interested to hear the scale of the work that goes on. He said: “I had no idea that, for example, as far as humanly possible, every ship is visited when it comes to Liverpool and the numerous berths on the River Mersey. It can’t be easy for seafarers to be so far from home for such long periods but to see how thrilled they were with the support they receive here was a heart-warming experience. John told us all about his work and it was clear that this is much more than a job for him.”

Mr Woods added: “I’ve always been extremely impressed with John, the way he knows the ships and the logistics, and how he goes beyond the call of duty to support seafarers. He was telling us that just the evening before, he’d been out to get KFC for 10 Indian crew. I’m always very happy to help the charity.”

Mr Wilson said the crews visited had been thrilled with their gifts. He said: “We are hugely grateful to Peter, John and the Duchy of Lancaster for the kind donation and to Greggs for discounting the hot cross buns. The reaction we got from the seafarers we visited was wonderful.”

In previous years, LSC has arranged church services to enable seafarers to celebrate Easter, but this has not been possible due to coronavirus restrictions. Last weekend, John and others took blessed palm crosses to crew on board vessels docked in Liverpool to mark Palm Sunday. They will also be out on Easter Sunday handing out chocolate donations as well as making themselves available to seafarers who need support, whether with practical advice or pastoral assistance.

LSC has campaigned throughout the pandemic for greater rights for seafarers stranded on ships due to travel restrictions. 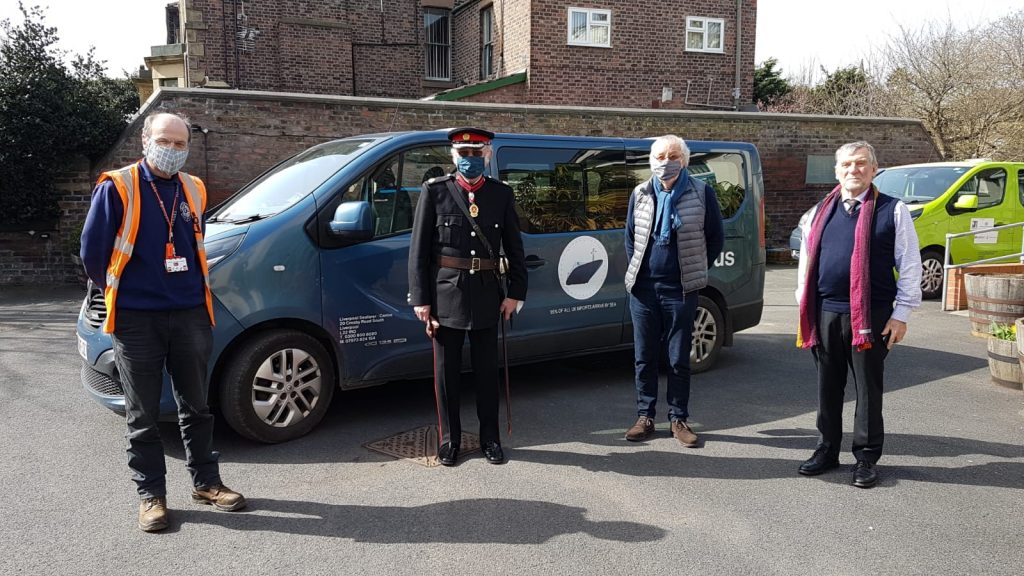