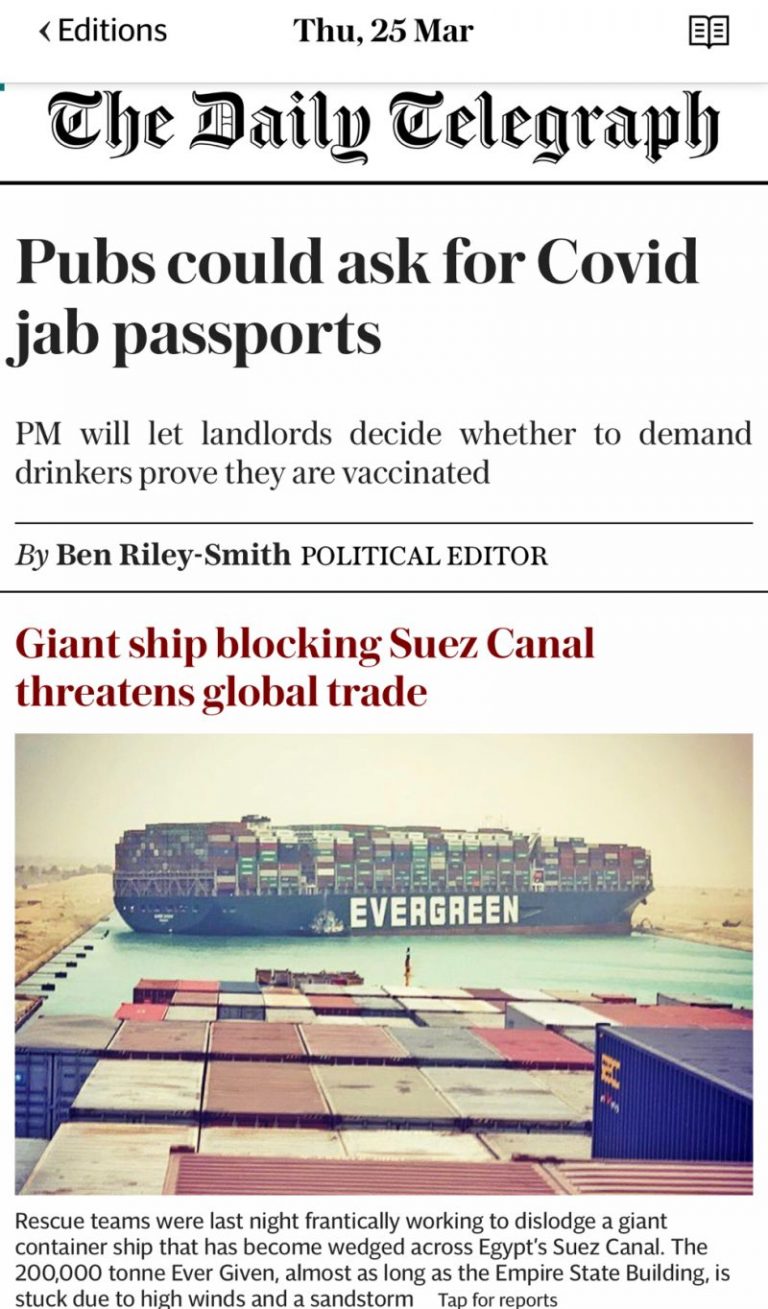 A maritime crisis is again hitting the headlines after the giant Ever Given container ship ran aground blocking the Suez Canal.

The Ever Given, one of the largest container ships in the world at 400 metres long and 59 metres wide, is thought to have lost visibility and twisted in high winds and a dust storm sweeping off the Egyptian desert.

Its bow became wedged in the sands of the eastern bank of the canal, on the Sinai Peninsula, with its stern then lodging itself into the western side. People working on the recovery mission fear it may take weeks to move it.

Lloyd’s List has estimated that more than $9 billion (£6.6 billion) worth of shipments will be disrupted each day that the canal is closed.

Meanwhile a number of financial experts have raised concerns about the potential impact on the world economy, including Germany’s BDI industry association, according to the Times reflecting how a maritime crisis can quickly become a global story.

Some points about crisis management taken from my forthcoming book Making Waves: ‘PR strategies to transform your maritime business’:

* The hazardous nature of maritime makes the threat of crises constant for many businesses.
* Understand what is and is not a crisis. A crisis endangers your reputation and ability to recruit and retain staff and clients.
* Provide mental health support and counselling to care for your people caught in a traumatic or demoralising crisis.
* Ensure your crisis plan has the full support of your CEO and board.
* Set up a crisis working group to horizon scan potential crisis including operations, legislation and changes in society. Identifying potential crises in advance can prevent them happening – this is the most effective crisis management.
* Establish a crisis comms team but choose the right people, a good promoter may not be as effective in crisis.
* Have a crisis comms plan but do not make it too prescriptive to one type of crisis.
* Review, test and update your crisis plan with training drills finding weaknesses. You must not face a real crisis without practise.
* Prioritise key media that reach your audience.
* Social media has changed crisis management fundamentally.

Previous Post Viewpoint: Flag apology shows Twitter disclaimers are meaningless Next Post BLOG: What is public relations and how to make it work – excerpt from Making Waves
Menu