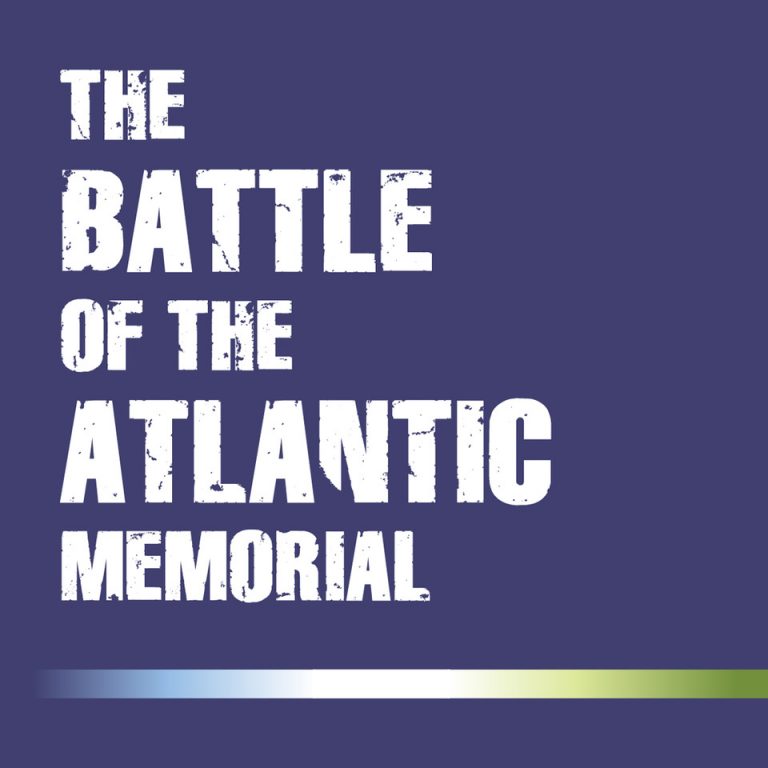 The Battle of Atlantic Memorial charity is today announcing a fresh concept for the UK’s official memorial to the longest running battle of World War Two which claimed more than 100,000 allied lives.

The Battle of the Atlantic Memorial (BOAM) chairman Gary Doyle will make the announcement in a virtual presentation to members of the Mersey Maritime trade association this morning (March 2). Mr Doyle said following a full review the campaign is launching a new brand, inspired by the colours of the Atlantic Star medal ribbon,  to support a series of new initiatives which will be unveiled in Liverpool, the command headquarters of the battle, in May 2023. A major event is planned in the city to mark the 80th anniversary of the battle’s turning point in 1943 (see notes to editors). 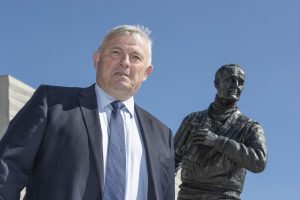 Mr Doyle said the original concept of building a £2.5m monument on the Pier Head has been replaced due to excessive cost following covid and the huge pressure on central Government finances.

Mr Doyle said the new concept will focus on four areas and aims to raise around £750,000. The concept includes a permanent memorial titled ‘Atlantic Lights’ positioned at Exchange Flags, a garden of remembrance at St Nicholas Church on the Pier Head and a Merseyside wide heritage trail taking in key sites of the battle. The charity will further officially partner with Western Approaches Museum, the original command headquarters of the battle helping preserve its unique status as ‘a living memorial to the battle’. Mr Doyle said Western Approaches is Liverpool’s ‘Bletchley Park’ and the charity intends to sponsor educational projects through the museum. 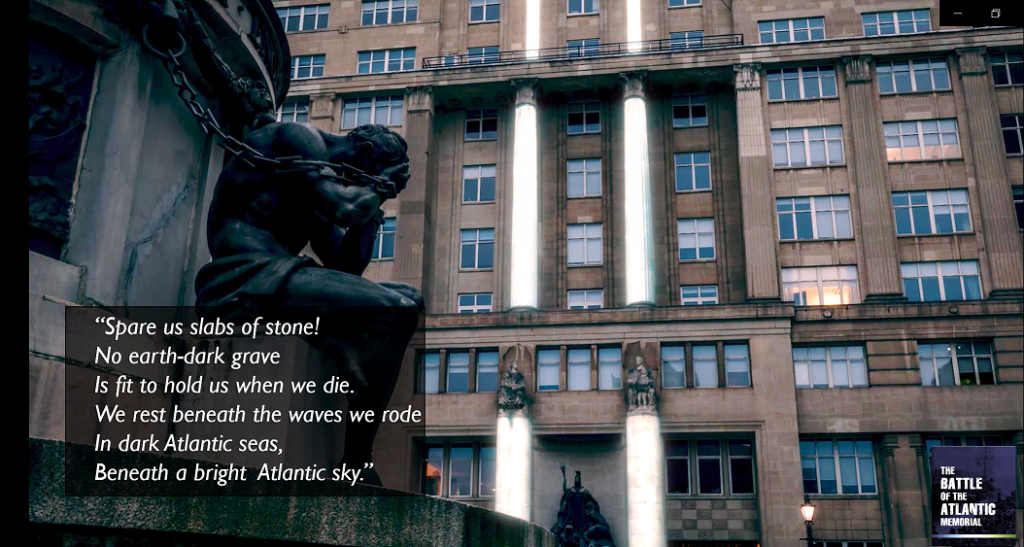 Mr Doyle said the idea for Atlantic Lights came from Western Approaches Museum and the plan is for Exchange Flags to stage a daily event to remember those who died and served in the Battle of the Atlantic as well as celebrate its ultimate success. The Atlantic Lights concept involves LED lights flashing Morse code onto the columns of buildings in Exchange Flags remembering ship names, key convoys and names of personnel who died and served (see attached pictures). Mr Doyle said WAM and BOAM are working together on the project with Royal Navy Regional Headquarters in Liverpool. He said the project is also receiving ‘tremendous support’ from the owner of Exchange Flags Ashtrom Properties UK. 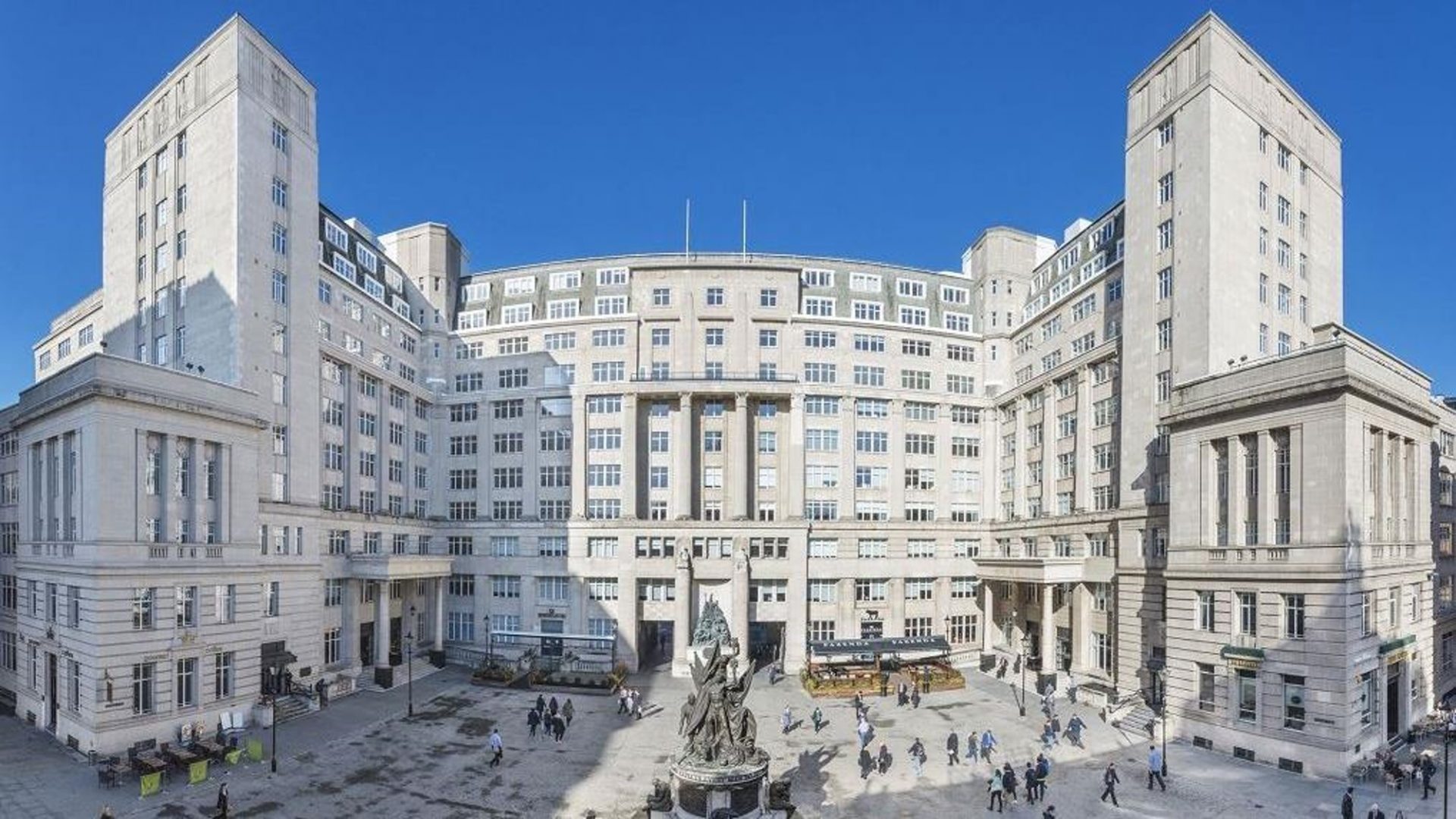 Exchange Flags Liverpool, ‘the home of the Battle of the Atlantic’

Mr Doyle said: “We have a new concept, a new board and new brand identity. Our focus is now to raise the funds needed to bring all of it together for the 80th anniversary celebrations. We feel we have to innovate and adapt to this new more challenging economic climate and we think the new concept is more realistic. It further offers greater value by focusing investment on improving existing Battle of the Atlantic infrastructure in the city notably St Nicholas Church, Exchange Flags and importantly Western Approaches Museum. By combining all these features we can commemorate, educate and inspire. We particularly want to focus on how the Battle of the Atlantic was a great British and allied success story. We are a maritime nation and perhaps this battle was, with the support of many people from other nations, our greatest achievement. Without it we could not have fed or armed ourselves and there would have been no D-Day, no Bomber Command raids, no transatlantic supplies to the Russian Eastern Front or indeed a North African campaign.” 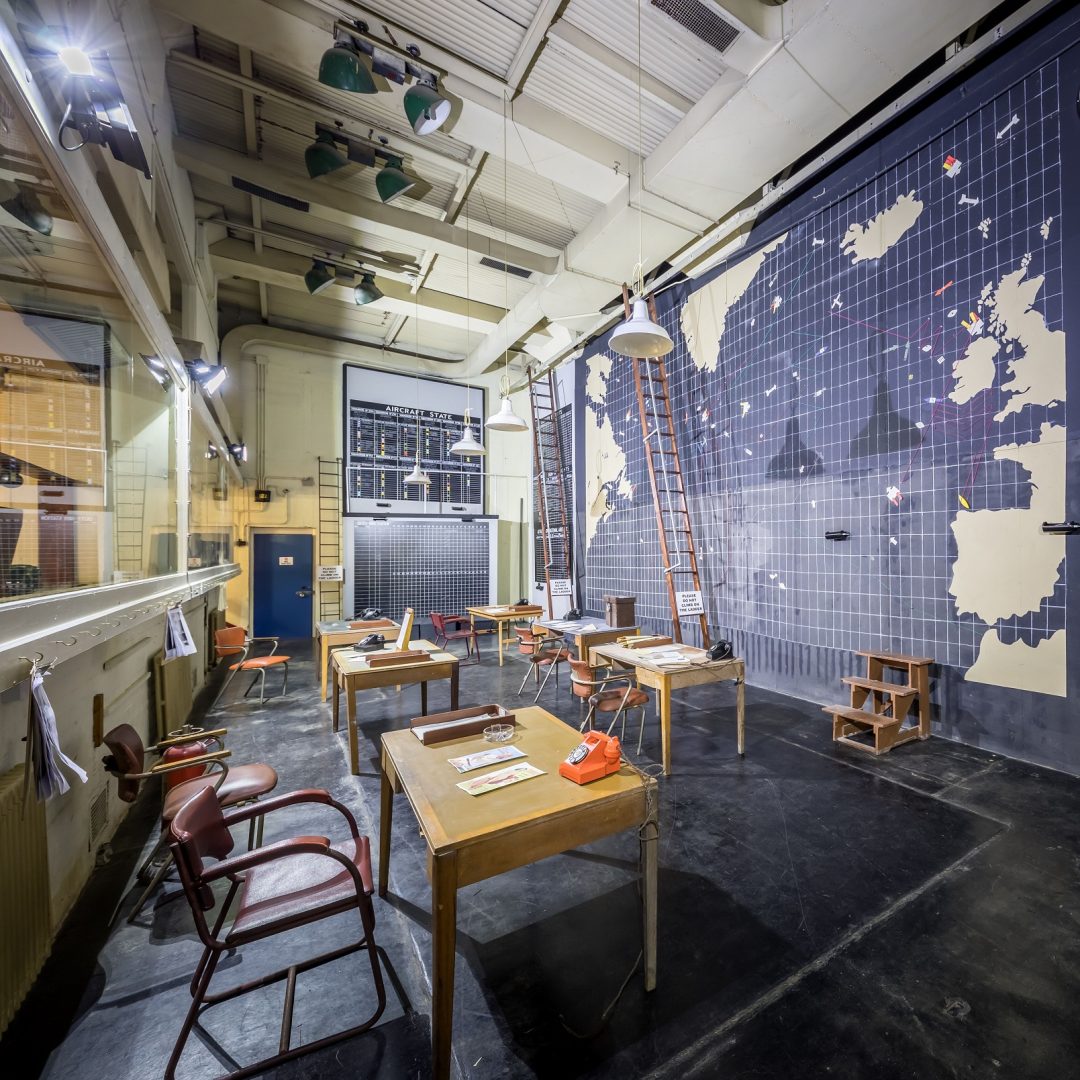 Western Approaches Museum the original command headquarters and nerve centre of the BOA, a bunker located beneath Exchange Flags, and Liverpool’s own ‘Bletchley Park’

Dean Paton, Director of Western Approaches Museum and board member of the Battle of the Atlantic Memorial Trust said “Exchange Flags is the natural home and centre point for the BOA memorial. It housed the Western Ap­proaches command centre and was also home to hundreds of men and women working in convoy planning, anti-submarine training, logistics and much more. We have used the many months of museum closure to re-examine what a memorial needs to be for a 21st century audience. Atlantic Lights is an innovative and engaging concept, that lets visitors actively engage with this process of remembrance, whilst also learning about, and celebrating the many, many successes and achievements that were made on the path to victory over Nazi tyranny.”

Guy Lewinsohn, CEO at Ashtrom Properties UK, said: “We are both honoured and delighted to support Western Approaches and the Atlantic Lights initiatives”.