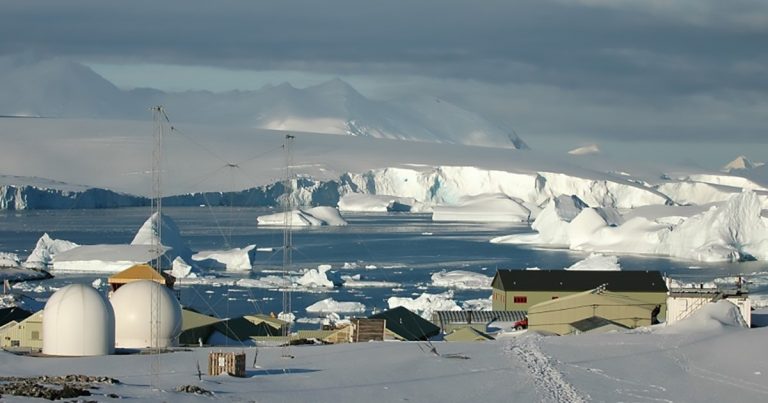 Maintaining business continuity and keeping an entire organisation connected and in sync is a necessity for all firms. It is especially critical when staff are located around the world in remote offices. Achieving a suitable level of connectivity can be difficult when overseas sites are in far-flung cities with poor infrastructure, but managing assets situated in an ice-covered wilderness that is subject to the driest, windiest and coldest conditions on earth takes the challenge to a whole new level.

This is the reality faced by organisations tasked with studying the continent of Antarctica, including the United States Antarctic Program, the Australian Antarctic Division and British Antarctic Survey.

Nearly a decade ago, SRO was approached to solve Maximo data synchronization issues between remote United States Antarctic Program (USAP) stations on the Ice and the US. The United States has year-round research stations in Antarctica, along with an extensive fleet of planes, helicopters, boats and vehicles to support scientists and research teams working on the ice.

The Americans had selected Maximo as their enterprise asset management system, and as part of their implementation needed a reliable way to synchronize their ongoing Maximo data between all remote stations in Antarctica and the US. SRO provided the lightweight data synchronization services required to ensure all instances of Maximo at remote USAP locations are coordinated and current.

Neil Stanford, Solutions Director at SRO, said: “They wanted to use the software to streamline their business processes and make sure their stations were operating efficiently. The problem was that because of the remote locations of their research stations in Antarctica, a connection to headquarters wasn’t always in place for them to be able to leverage the software correctly. People out on the Ice couldn’t harness the power of the application.”

Limited connectivity and bandwidth constraints means sharing operational Maximo data between the remote stations in Antarctica is a challenge. SRO’s technology overcame those obstacles and allows data synchronization between all sites and headquarters, multiple times per day.

“They challenged us to use our solution to help,” said Mr Stanford. “They implemented Maximo in situ on the Ice in each research station, and used our unique replication tool to sync data between each site in Antarctica and the main headquarters in America.”

SRO’s data replication tool allows each USAP remote station to access a local version of the data, ensuring they aren’t reliant on having a constant communications link back to headquarters.

Mr Stanford said: “They get to use the same processes, procedures and screens as any connected site, but it is all just local. When an internet connection is available, we will sync the data – generally three to four times a day.

“There are other data replication solutions out there but they like a stable connection. If that link drops while it is sending information they struggle to recover. Our technology has the ability to understand precisely where the connection was interrupted, and it comes back to life at exactly the right point once the link is re-established. It is really efficient in these situations where you have low bandwidth, high latency networks.”

Maximo, supported by SRO’s data replication tool, plays a central role in supporting the USAP scientific research programme. The software successfully manages the organisation’s entire support infrastructure in Antarctica, including the maintenance of all its buildings and equipment on the Ice – from plough machines to generators – everything that helps sustain operational personnel who are on station throughout the winter and summer months.

Mr Stanford travelled from SRO’s base in Manchester to the United States to oversee the initial configuration of equipment.

“The major task at the beginning involved getting equipment from their headquarters onto the Ice on time,” he said. “You only have certain windows of travel between the mainland and the Antarctic. It was essential to make sure the servers were ready to go and operationally correct so when they arrived on the Ice it was simply a case of plugging them in.

“Maximo is now driving their maintenance programme, helping them manage how much inventory they require and what they need available on the ice to keep their equipment running. Having complete control over their assets is particularly crucial if they have got a specific set of jobs scheduled for the winter when there isn’t a full compliment of staff in Antarctica. If there is just one vessel sailing out before the winter season, they have to make sure they have everything they need on board in terms of equipment and spare parts.”

After suffering the same issues with low bandwidth and high latency connections as the USAP, the Australian Antarctic Division also turned to SRO for assistance. According to Mr Stanford, they came up with a novel way of requesting the firm’s help.

Tired of regularly seeing a revolving blue circle on their screens indicating their asset management system was suffering from a slow connection, the Australian team in Antarctica took action. They went and dyed the ice to create their own blue circle, before sending a picture of it through to SRO’s head office with a request for help.

Mr Stanford said: “The Australian Antarctic Division reached out to us because they had heard about our work with USAP and they wanted to see if we could solve their performance issues too.

“It takes some heavy lifting initially to get this type of setup in place but once in situ, it just works. The US and Australian Antarctic Divisions have been customers for eight to 10 years, but on a day-to-day operational level we don’t hear from them. When they come to do a major upgrade of Maximo and change to a newer version, they engage us and we make sure that our solution stays on track.”

Like the American and Australian programmes, BAS delivers and enables world-leading interdisciplinary scientific research in the Polar Regions. It operates three research stations in the Antarctic and two on Subantarctic South Georgia, and one in the Arctic on behalf of NERC. Other assets include the RRS James Clark Ross, a fleet of aircraft and specialist vehicles, plus the eagerly awaited new polar ship for Great Britain, RRS Sir David Attenborough.

The new system will allow data recorded at all of BAS’ remote stations, as well as on board the ships, to be made available across the organisation’s entire network.  Despite the incredibly isolated locations involved, BAS will get as close to live data as possible, and obtain the same quality of service that a connected site receives.

As well as overseeing the migration of BAS’ existing data to Maximo, SRO was tasked with creating various applications to support the handling of new data. A cargo management solution is under development for BAS Logistics that involves building new custom applications to record packing notes, packing cases, packing lists and manifests for all cargo and freight going to Antarctica.

Crew and course planning functionality was developed in the system to create crew records, track crew leave and movements, store certificates and appraisal reports, and hold job roles with a pre-defined list of training courses required for that role. A custom application was created to provide a list of courses, with the ability to schedule training and book people onto courses, plus a Gantt view and a report function to track progress. SRO also created a document distribution solution to allow BAS to manage and control policy and procedure documents within its various research stations, ships and aircrafts.

According to Jonathan Ritchie, Senior Consultant at SRO Solutions, getting BAS’ team up to speed on the new system has provided its own challenge.

He said: “It’s not realistic to get everyone over from Antarctica, teach them to use the new system and get them back out there – there has to be an overlap. Pre-COVID, our consultants spent a lot of time at BAS’ headquarters in Cambridge going through the system and leading workshops. We’ve also been in Merseyside training engineers who will be working aboard the RRS Sir David Attenborough on how to use Maximo.”

The IBM Maximo platform has been live for a number of months now and is considered operationally ready for the RRS Sir David Attenborough sea trails in the coming months.

SRO Solutions is headquartered in Eccles, Greater Manchester UK and has a strong engineering heritage, thanks to years of hands-on industry experience.

The company is renowned for streamlining the management of assets and achieving seamless data replication, on and offshore. It manages projects across all seven continents, for an extensive list of blue-chip companies.

SRO was responsible for bringing IBM’s Asset Management Maximo software to the marine industry, and has since broadened the scope of its work with a multitude of clients across numerous different sectors. SRO is proud of its status as a Gold Accredited IBM Business Partner, and the fact that SRO is the only IBM Maximo Business Partner worldwide with the capability to provide unique Maximo zero downtime upgrade (SDU) and Data Replication (SDR).

About the National Science Foundation’s Office of Polar Programs

The Office of Polar Programs (OPP), within the Directorate for Geosciences (GEO), National Science Foundation (NSF), fosters world-class Arctic and Antarctic science through competitively funded grants in all areas of fundamental science and engineering to researchers throughout the U.S. and through provision of infrastructure and logistics for that science. Consisting of three sections and a Front Office with a staff of approximately 60, OPP currently administers an annual budget of about $600 million. NSF is an independent federal agency and is the only federal agency whose mission covers research in all fields of science and engineering.