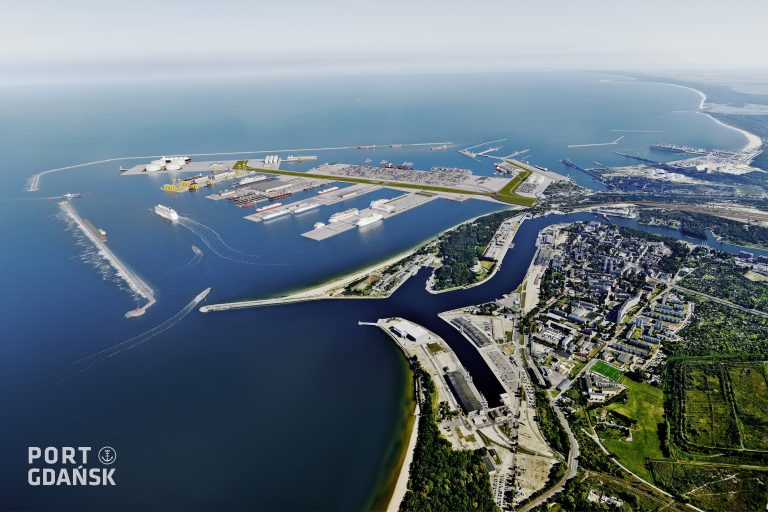 Poland’s biggest port, the Port of Gdansk, is to spearhead a high-level maritime and business delegation from Poland to Singapore to encourage bilateral trade and mark the 50th anniversary of diplomatic ties between the countries.
The delegation is being organised with PSA International, the Singapore based global ports group, which in May this year formerly acquired DCT Gdansk, the largest container terminal in Poland, in partnership with the Polish Development Fund and the IFM Global Infrastructure Fund.
The delegation aims to supercharge investment and business exchange between Poland and Singapore as two of world’s best performing economies. A full day of seminars and presentations will take place at the Singapore Hyatt on October 29 under the banner ‘Singapore Maritime and Business Mixer’ featuring presentations from the Polish and Singaporean Governments and a wide range of Polish businesses spanning the maritime, logistics, aviation, offshore, energy, raw materials, IT, IoT and new technologysectors. A ceremonial bell from Poland’s national tall ship Dar Młodzieży will be presented to Singapore Government to mark the occasion following the ship’s visit to Singapore during its worldwide voyage celebrating 100 years of Polish independence in 2018.

Port of Gdansk Authority CEO Lukasz Greinke said the port will be outlining its position as ‘the Gateway to the Baltic’ to Singaporean and Asian shipping lines and exporters, with access to 120million consumers.

“The Port of Gdansk, is the fastest growing port in Europe, growing by over 20pc in 2018 and 9pc already this year and we are on target to exceed over 52million tonnes of cargo,” he said. “That growth is being driven by greater understanding of Gdansk’s strengths. We are the only port on the Baltic capable of receiving direct calls from Asia, including the biggest ships in the world. We have the fastest and most cost-effective hinterland connectivity with Eastern Europe – notably to Poland, the Czech Republic, Slovakia, Hungary, Belarus and Ukraine. We have unrestricted sea access through-out the year and we are proving our reliability as a trading partner with major shipping lines in Asia. We have regular calls from Ocean Alliance, 2M as well as offering short sea connections to key trading areas like Scandinavia and the UK with Maersk, MSC, CMA, Costco and many more. We are very much looking to the future with this delegation. Poland is one of the most successful economies in Europe with an average growth rate of 4.2 per cent a year between 1992-2019. Poland is now the seventh largest economy in the EU with a total GDP of €524 billion. This growth is supported by infrastructure investments, including €208billion in EU funding between 2007 and 2020, across the Polish hinterland. As a result, Poland is becoming a more efficient, competitive maritime nation. As a country and port we have big plans for further expansion and are looking for the right partners. It is fantastic to see one of Singapore’s biggest maritime companies in PSA International invest in Gdansk and Poland. We want to build on this and raise awareness of Poland’s economic renaissance and build trade ties with Singapore.“

Marcin Osowski, the Port of Gdansk’s Vice President for Infrastructure said the event will showcase massive investment opportunities in the port including a public -private partnership plan to invest €2.8billion Euros in the Central Port.

“We are excited to present the biggest maritime investment project in Europe to our Singaporean partners,” he said. “These plans focus on our Central Port and have been carefully developed to prepare the Port of Gdansk, for increased cargo volumes over the next 10 years. In this time we expect to become the most important logistics hub in Eastern Europe. The plans include building 19 km of operational quays and 8.5 km of breakwaters. The plans set out the construction of nine terminals, four turning areas and three approach fairways. The terminals can be used for containers, passengers, offshore operations, LNG operations and shipbuilding. We estimate this expansion will help us double our annual cargo handling to 100 million tonnes a year making us the biggest port on the Baltic.” 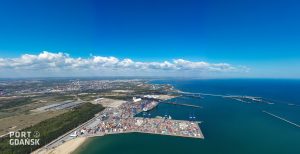