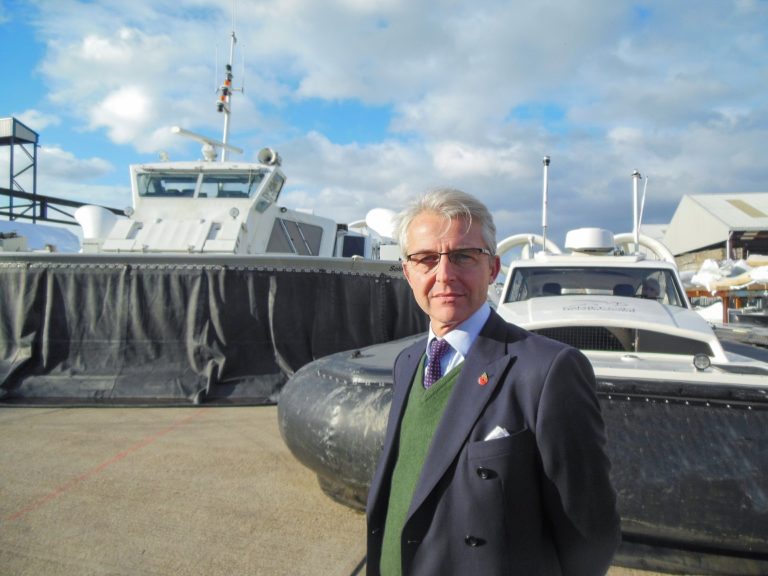 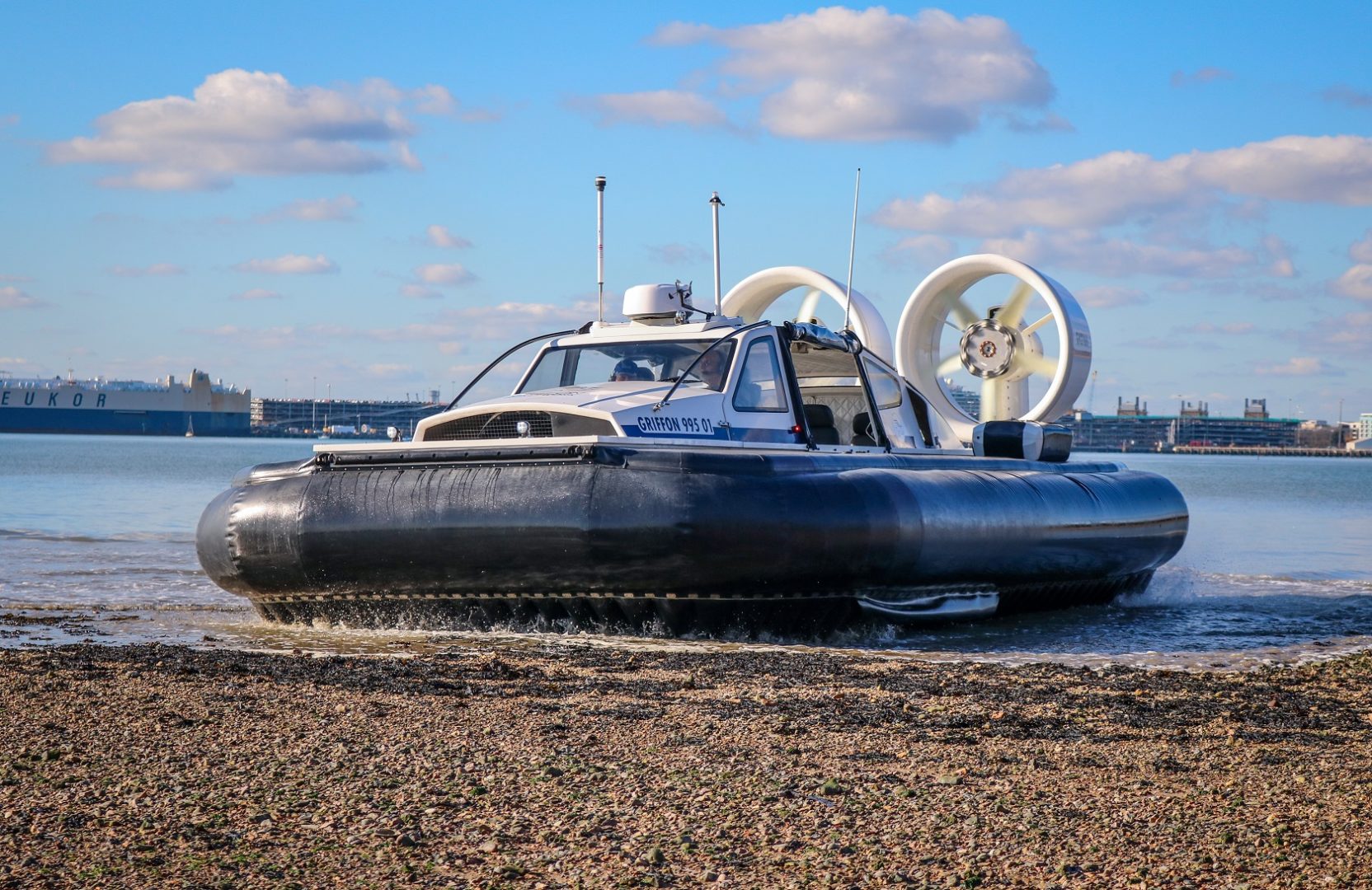 The 995ED was launched at the Exponaval maritime exhibition in Chile in December 2018 following delivery of the first production craft to the Malaysian Government’s Marine Department which is being used for the maintenance of navigation marks and light houses. And now Griffon’s production line is busy building another 995ED for a private client for use in icy conditions. In addition, a tailor made variant of the 995ED has been specially commissioned as a tender for a superyacht and is now in production.

Griffon Hoverwork’s sales and marketing director Nick MacLeod-Ash said the company is seeing increased interest worldwide for the 995ED, and larger models, as countries look to prepare for the increased threat of flooding caused by global warming and rising sea levels. 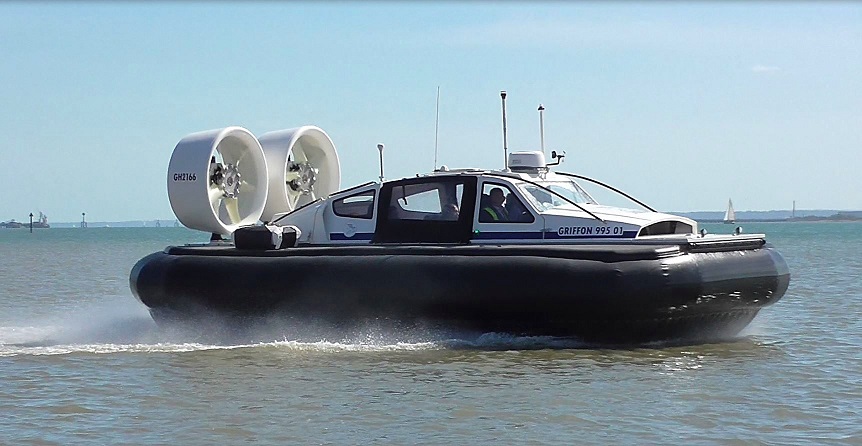 “Griffon is delighted to land these new orders for the 995ED which was specially designed for search and rescue, coastguard and surveying work,” he said. “We are finding that more Governments, NGOs, navies and coastguards worldwide are under pressure to plan disaster relief operations. Global warming and rising sea levels are a huge issue for many countries. Recent floods in Africa and South Asia affected 40 million people following two months of persistent monsoon rains. Griffon’s hovercraft can help these communities respond to the devastation caused by flooding and by offering a unique solution to deliver vital resources in conditions where patrol boats and RIBs simply cannot.  For example, the 995ED can perform over debris, weed, mud and ice in shallow rivers or tidal waters.  In these cases, boats cannot navigate the conditions whilst helicopters are expensive to operate and have limited passenger capacity and payload. The 995ED however can travel over almost any surface, offering an immediate response after flooding and tsunami events. The 995ED at 8m in length is a nimble, quiet and stable hovercraft which can take up to eight people, has capacity for two stretchers and can carry a payload of just under one tonne. We are helping to future proof our customers capabilities.”

Mr MacLeod-Ash said demand for hovercraft has also been driven by the defence sector as naval and military customers look to protect coastal and in-land waterway communities from terrorist and drug-gang threats.

“Griffon’s hovercraft can help countries save and protect lives,” he said.  “We have seen demand increasing for our larger 22m long 8000 and 8100 models  (8000 You Tube film),” he said. “A number of these craft, which carry a payload of eight tonnes or up to 56 passengers, are making a real impact ‘in-service’ around the world, notably in India, Kuwait, Pakistan, South Korea and Sweden. The BHT model is larger still at 33m long and can carry up to 180 people or a full payload of 21 tonnes and has a maximum speed at ‘all up weight’ of 45 knots. We are promoting these larger hovercraft which have the adaptability to operate in a wide variety of disaster relief and defensive roles. They further have the capacity to deliver greater volume of aid and vehicles.” 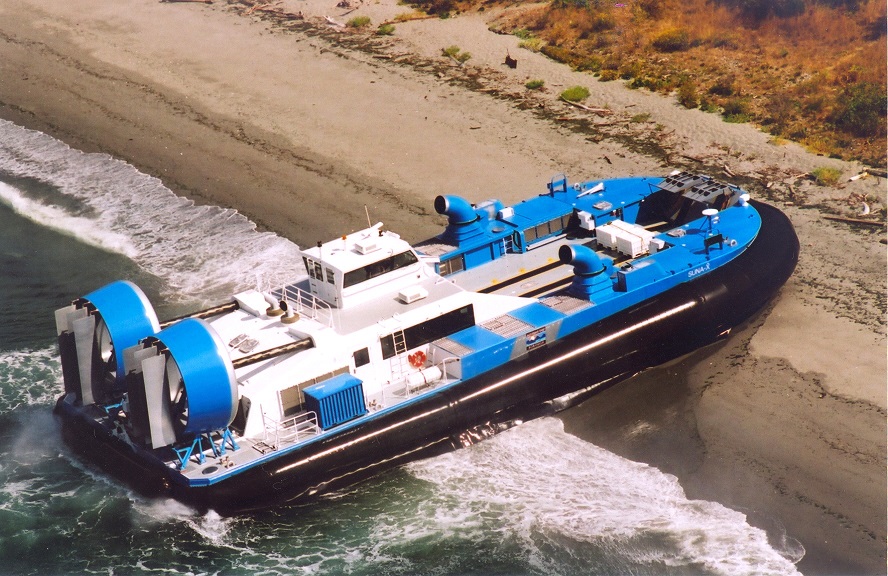 Mr MacLeod-Ash said Griffon is placing the British-made quality of its products and how it builds to the latest IMO codes of practice at the core to its exports drive.  Griffon’s hovercraft are certified with members of the International Association of Classification Societies including Lloyds Register, DNV-GL and the Korean Register.

“Griffon is dedicated to supporting British business and local companies and we’re delighted to see Hampshire-based companies supplying the new 995ED production line,” he said. “Griffon has long been an iconic name in British engineering and an important wealth and skills creator for the region. We are proud to say graduate apprentices from our nationally recognised, award winning scheme have been part of building the 995ED. We are looking forward to welcoming more local apprentices to help with our orders gaining vital learning to help the company grow into the future.”

Griffon Hoverwork Ltd (GHL) is at the forefront of hovercraft development and has been involved in the manufacture and operation of hovercraft since they were first conceived, over 50 years ago working alongside the hovercraft’s inventor Sir Christopher Cockerell. The company has hovercraft in all five continents and supports over 200 GHL craft in more than 40 countries.

Supported by the Bland Group, Griffon Hoverwork has achieved strong growth; it relocated its main manufacturing facility from Hythe to Merlin Quay, Southampton UK at the beginning of 2011, in order to increase manufacturing capacity. The company now uses lean techniques to design and manufacture high quality hovercraft for practical applications.

In the commercial role, Griffon Hoverwork hovercraft are used around the globe for:

Griffon Hoverwork hovercraft are also in use by those responsible for national security and military operations, missions include:

Griffon Hoverwork enables its customers to engage in tasks in some of the most diverse and inaccessible areas of the world, from the jungles of South America to the frozen seas of the Baltic and Arctic. Tasks include search and rescue, border security, river patrol, flood and airport crash rescue, passenger ferry operations, survey work, cargo carrying missions and littoral military operations. Due to the specialised nature of hovercraft, Griffon Hoverwork provide a complete support solution, from consultancy to in country commissioning, through to pilot and engineer training and have a dedicated through-life support team for spare parts, modifications, overhauls and occasional brokerage.