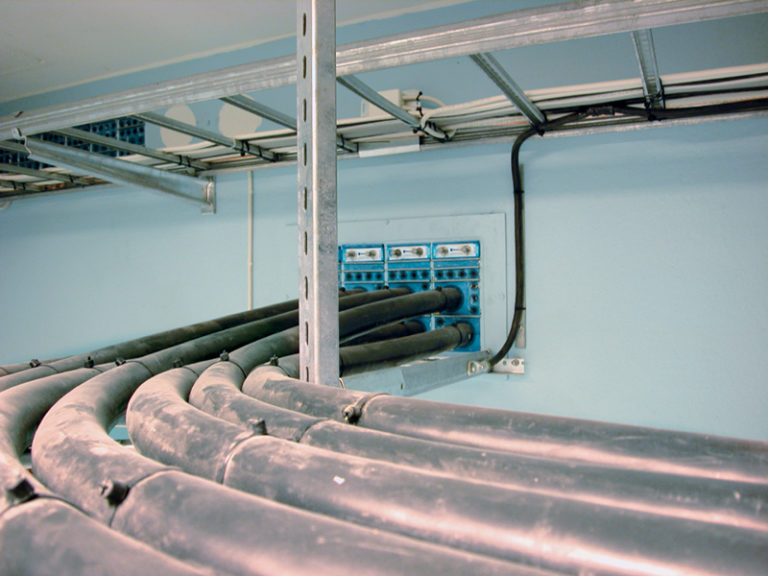 Following a rigorous process designed to challenge every aspect of the firm’s multi-cable transit system, the product is now the first of its kind cleared for use on London’s Tube network.

More than £5.5bn is due to be invested in upgrading the capital’s underground transport network over the coming years, leading to increased train frequency and efficiency.

Roxtec managing director Graham O’Hare said the firm’s sealing system will play a key role in that modernisation programme, allowing cables to pass between separate areas while protecting people and infrastructure against a range of hazards.

“We’re delighted Roxtec is able to provide a key safety component in transforming and modernising the London Underground network, which is part way through the biggest improvement to be carried out in 60 years.”

Mr O’Hare said if a fire breaks out, the multi-cable transit system is able to maintain its integrity and continue to provide insulation for at least an hour. It can also shield an area against smoke, gas, humidity and dust. While water ingress and rodent protection are also assured.

Further protection is provided against vibration, electromagnetic pulse/interference and risk of explosion. The seals will also offer resistance if an attempt is made to forcefully remove the cables.

“The Roxtec system could be used in a wide variety of locations across the Tube network, including trackside in relocatable equipment buildings, junction boxes, control cabinets

and substations,” said Mr O’Hare. “Up to six units measuring 0.5m x 0.3m each can be used in station areas, while one unit of the same size has been cleared for use in tunnels.

“London Underground approval is considered to be the global rail industry’s gold standard, as it requires products to meet a higher level than either current GB or EU certification. The process took 18 months to complete, during which every Roxtec fire certificate was read and interpreted at a specialist testing facility. Further tests were carried out for smoke density in line with London Underground standards. Having prior approval also means less paperwork for clients installing our cable transit systems.”

Roxtec was founded in Sweden in 1990, with its UK base in Bury, Greater Manchester. It is now the global leader in the manufacture of innovative cable and pipe transit systems, supplying many of the world’s biggest firms. It is active in 80 markets. Roxtec’s products are designed to seal cables and pipes and are used to protect people, buildings and equipment from multiple hazards. Its key market sectors include Marine, Oil and Gas, Telecoms, Construction, Power (generation, distribution and transmission) OEM (e.g. trains, engines, motors, generators) and the Process Industries. Roxtec has a Triple-A credit rating and is actively expanding into new areas offering innovative and safe sealing solutions to a variety of industries.